Lena vs. Ava in the Role of Show Boat's "Julie"

One of my favorite movies from the Hollywood heyday of musicals is Show Boat, made in 1951, starring Howard Keel and Kathryn Grayson.

The sultry Ava Gardner also starred as "Julie," the mixed race (mulatto) character.  However, before she was cast, the beautiful (African American) Lena Horne was considered.

While Lena Horne was employed by Metro-Goldwyn-Mayer studios (MGM), her appearances in movies were shot so that they could be cut easily from the films she appeared in. This was because MGM feared audiences of that time, especially those in the South, would not accept a beautiful black woman in romantic, non-menial roles.

This was probably the main reason she lost out on playing "Julie."  I remember seeing her on a talk show back in the '80s explaining how MGM's makeup department had come up with a foundation for her to wear as "Julie," called light Egyptian.  Shortly afterwards, however, Ava Gardner was the one being slathered with it and not her!

Ironically, Ava Gardner was one of Lena's closest off-screen friends.  She practiced for the role by singing to Horne's recordings of the songs, since Lena had already appeared in the "Show Boat" segment of Till the Clouds Roll By (1946).  In that, she had appeared as "Julie" singing "Can't Help Lovin' Dat Man" (which was, as all her MGM appearances, shot in such a way that it could be easily edited out of the film).

Another irony for Lena is that she had been invited by Jerome Kern and Oscar Hammerstein II themselves to play "Julie" in the 1946 Broadway revival of Show Boat, but had had to refuse because MGM would not release her from her contract.

Shortly after her death in 2010, Time Magazine provided a biography on what Lena Horne's film career could have looked like:

Gorgeous, gifted and preternaturally poised, the 24-year-old actress-singer came to Hollywood in 1941 and quickly became the first African-American movie star. She was a sensation in her first leading role, as the Congo goddess Tondelayo in MGM's White Cargo. She earned an Academy Award nomination as the light-skinned black girl passing for white in Elia Kazan's Pinky, then capped her first decade of stardom playing Julie and singing "Can't Help Lovin' Dat Man" in the 1951 film Show Boat.


Those roles were eventually played by Hedy Lamarr, Jeanne Crain, and Ava Gardner, respectively.  It's a shame we'll never know what Lena Horne could have done with them!

Have you ever seen Show Boat? Thanks for visiting and have a great week! 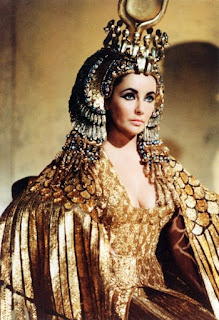 I'm currently listening to an audio book that details the love affair of Cleopatra and Julius Caesar. I'm learning quite a bit, but as I'm listening, I'm comparing the facts with what I can remember about the 1963 film version starring Elizabeth Taylor.

Cleopatra used to be shown on television periodically when I was a kid. I don't actually remember that much, but being into movie trivia, I do remember reading that Liz Taylor was paid one million dollars to play the role. That's nothing nowadays, but back then it was big deal. Liz cleaned up in more ways than one. Check out the facts below from Moviefone.com:

Joan Collins, Audrey Hepburn, and Susan Hayward were at first considered to play Cleopatra. After various issues, producer Walter Wanger called Taylor on the set of her latest film, "Suddenly, Last Summer" to offer her the role through her then husband Eddie Fisher. Joking, Taylor replied "Sure, tell him I'll do it for a million dollars." While such an offer was unheard of at the time, it was accepted, and in 1959 Taylor became the first Hollywood actor to receive $1 million for a single movie.Taylor's contract stipulated that her $1 million salary be paid out as follows: $125,000 for 16 weeks work plus $50,000 a week afterwards plus 10 percent of the gross (with no break-even point). By the time production was restarted in Rome in 1961 she had earned over $2 million. After a lengthy $50 million lawsuit brought against Taylor and Burton by the studio in 1963 and a countersuit filed by Taylor, the studio finally settled with the actress in 1966. Her ultimate take for the film was $7 million.

Is any of this news to you? Thanks for visiting and have a great week!
Posted by Maria McKenzie at 8:36 PM 4 comments: 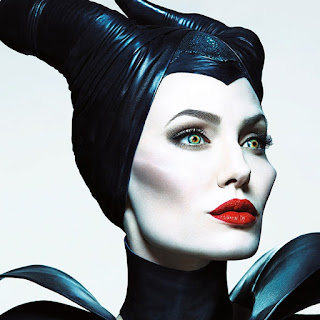 There's never a dull moment with a bad guy--or a bad girl.  Let's face it, creating fictional villains is just downright fun!  I, personally, hate confrontation, and the last thing I'd ever want to do is hurt some one's feelings.  Perhaps writing about a mean person is cathartic for me.  I've been told I do it well.  Not quite sure how to take that.  But whatever the case, it's rather exciting to write dialogue I'd actually never say, and write about nasty, villainous deeds I could never imagine being done in real life--until I see them reenacted on America's Most Wanted.

Villains break all the rules of decency and morality and don't care.  Lying/cheating/stealing is their MO, and political correctness doesn't exist in their world.  Heroes don't make derogatory comments regarding race or sex, but with a villain, why not?  Our heroes don't smoke, and if they drink, they're merely social drinkers.  Villainous women can be portrayed promiscuous to the point of nymphomania.  And a bad man isn't into real relationships, because he's too busy using and discarding women. 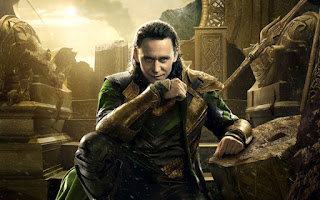 As the hero is flawed, the villain must to be humanized.  Through back story, he or she must be seen as a person first, not a monster.  Otherwise, that character will just come off looking like a cartoon bad guy.  Reading bios of notorious criminals can help develop a believable villain.

How will you have fun creating your next villain, or making your current one even scarier?

Off For My Birthday! 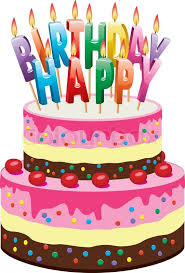 I'll be back August 15, but today is my birthday so I'm taking a break! Have a great day and see you next week!
Posted by Maria McKenzie at 2:00 PM 4 comments: 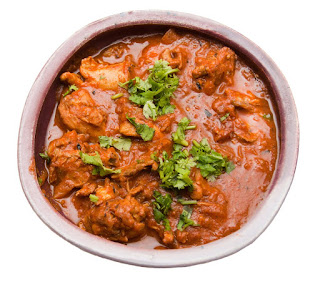 I've come to realize that people either love Indian food, or they hate it, because of all the exotic spices not normally found in plain old American fare.

Then there are those who enjoy it, but their bodies can't tolerate all those wonderful spices.

I fall into the category that absolutely loves Indian food! And it doesn't cause me any digestive issues.

The recipe I'm sharing today is from Rebecca MacLary over at Paleohacks. It's the first Indian dish I've ever tried for the crock pot and it's extraordinarily delicious!  In addition, it's easy to prep, and tastes just as good as the chicken curry you can get in an Indian restaurant. Hope this is something you'll enjoy!

Do you like Indian food? Thanks for visiting and have a great week!
Posted by Maria McKenzie at 2:00 PM 5 comments: