Dedicated to My Dad 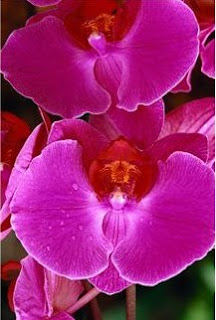 I apologize for a long winded post, but a lot has happened in the past month--some good, some sad--but all has impacted my ability to blog, as well as visit my friends in the blogosphere.  Now life is almost back to normal and I can return to my usual routine.  Yesterday I put away about six loads of laundry, and today cleaned house for the first time in over two weeks!

The tumultuous times began around this time last month.  My youngest was scheduled to go on a four day class trip to Washington, DC. He did, and had a great time, yet prepping for the trip and worrying about him traveling without family for the first time was a little nerve-wracking.

At about the time of his departure, I had almost finished my final read through of Masquerade before handing off to be edited. Also looming on the horizon was a reading for Escape that I'd scheduled for April 20. After the youngest headed off to DC, I compiled my guest list and sent out invitations for the reading.

Then I received the bad news that my dad was admitted to the hospital for some testing. He'd suffered a third heart attack in October and had never regained his strength.  At eighty-six, he had a pacemaker, defibrillator and I'm sot sure how many stints. Not many survive three heart attacks, and now my dad was suffering from congestive heart failure. 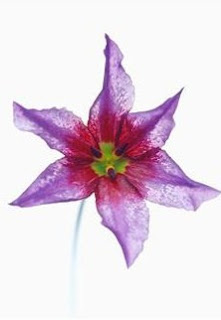 When my youngest got back from DC, spring break started. Now I had to start prepping for my oldest one's class trip to the Bahamas in May.  We spent some of school break shopping for snorkeling gear (the "real stuff" unfortunately, as advised by the school, not the economical variety available at Wal-Mart and Target).

At the start of the break, my dad was released from the hospital, but very weak. The kids and I went to visit with him at home every day. He'd received a hospital bed and oxygen device from Hospice.  Although the doctors had given him three months to a year to live, he was convinced his time was slim.

He wanted my sister from Los Angeles to come home so he could see her before "it was too late." She immediately dropped everything and came the next day.  And I'm so glad she did, because my dad's health rapidly deteriorated after her arrival.

With the reading quickly approaching, I talked to my mom about canceling. She advised me not to. Prepping for it went by the wayside. When the kids went back to school, I was at my mom's every day to help  her and my sister care for my dad.

My dad had come home from the hospital the Monday after Easter, but died last Monday, two weeks later. I didn't learn about the tragedy in Boston until that evening.

While preparing for my dad's memorial service, my heart still wasn't into doing the reading.  But my mom told me something that my dad had said, "If anything happens to me before the reading, don't let Maria cancel it." Well, that made me cry.

I did the reading Saturday and dedicated it to him. Thought I'd share that dedication today:

My dad was always a big dreamer.  He was a numbers man from an accounting background who became a real estate broker. He loved envisioning what his investments could do, whether they be in property, art or stocks.

I am not a numbers person. I’m much better with words. I’m sure my dad was a superior math student, but based on this story, I’m not sure if his language arts grades were as strong.  In first grade while learning about conjunctions, the teacher asked my dad to use the word but in a sentence.  His response, "I have a butt."

Like my dad, however, I’ve always been a dreamer.  But my dreams involve imaginary people and stories.  It’s ironic that my dad always admonished me for daydreaming! "Maria," he’d say, "you have to stop daydreaming and pay attention in school." Little did I know that at some point my daydreams would turn into books.

My dad was also a romantic, like I am, but I didn’t realize this until I was grown. He knew I loved old movies, and one day he asked had I ever seen the 1945 film Love Letters with Jennifer Jones and Joseph Cotton.  He’d seen it as a young man while serving overseas during WWII and had never forgotten it.  It was a great love story filled with passion and pain—the same kind of story I enjoy—and I was surprised that my dad had loved it so much—because it seems like what we’d now call a sappy woman’s movie.

When my parents saw Love Story back in the seventies, which one of them do you think carried on about what a great film it was?  My dad! 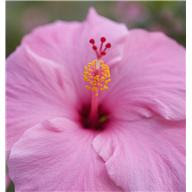 When I wrote my first book The Governor’s Sons, I was surprised that my dad read it.  And I say that because he wasn’t one to read novels. He’d read financial publications and news magazines—that was about it.  But he read my book and told me how much he enjoyed it, and that he even stayed up late one night to finish it because he just couldn’t put it down! I was thrilled and honored to hear this! Apparently, my story had enough romance, passion and pain to keep my him entertained!

And he never stopped dreaming that one day The Governor’s Sons would be made into a movie.  He was always dreaming up new ways to market it, and envisioning what people of influence could make things happen with it.

Well. no movie deals yet, but I’ll keep dreaming about that for my dad!

I miss my dad a lot, but happy memories ease the pain of losing him a little.

Do you share any similarities with your dad? Thanks for visiting, and have a great week!
Posted by Maria McKenzie at 4:57 PM

Oh Maria! I am so so sorry! Sending you and your family my deepest sympathies. This is such a warm and loving tribute to a wonderful man who gifted you the urge to dream and dream big! Thank you for sharing.

Maria, I'm very sorry. Your love for your dad really shows itself in what you say.

Very sorry to hear about the loss of your father, Maria.

Your dad's character shines through in your writing about him. Please accept my condolence on his passing. He left you a wonderful trait, that of weaving dreams that's manifested itself into books.

@Kitty: Thank you, Kitty! He was a great dad.

Maria, I'm so very sorry in the loss of your dad (((Maria))). What an amazing man he sounds like, and what a legacy he left you all.

I know you will continue to make him proud.

So sorry to hear about your loss...but what a wonderful tribute to him!

So sorry for your loss, Maria. But what a sweet request from him that you not cancel your reading - and what a lovely dedication to him.

Maria--I'm so sorry to hear about your dad.

My mom used to say my dad and I were a lot alike. That, she said, was why we butted heads so often.

@Shelly: Thank you, Shelly! he was amazing:).

@Jennette: Thanks, Jennette! When my mom told me that, the water works started.

@Norma: Thanks, Norma! It's easy to butt heads when you are a lot like someone you love!

My dad inspired me to always keep writing. He even tried giving me story ideas. He wanted me to persevere as a young woman and I chickened out many times but he taught me to be brave. Great post Maria!

My dad inspired me to always keep writing. He even tried giving me story ideas. He wanted me to persevere as a young woman and I chickened out many times but he taught me to be brave. Great post Maria!

Thank you, Eve! From what you've told me about both of your parents, they sound like extraordinarily brave people.

My deepest sympathy on your sad loss. Not a day goes by when I don't remember my late father - died aged forty one back in March 1977. I remember his touch and the sound of his voice - sometimes I still hear his voice in my dreams. I hope your dad's dreams about that movie come true...God bless and console you and the family in these sad days...

A loving tribute which brought tears to my eyes remembering my own father.

@Maria: Thanks, Maria. I know it must have been very difficult losing your father while you were so young:(. The memories we hold are precious!