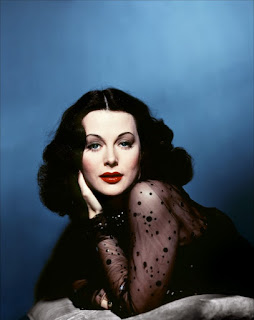 What does a 1940's glamour girl-superstar have to do with Bluetooth technology? Keep reading to find out!

Hedy Lamarr was undoubtedly one of the most beautiful women to ever grace the screen. If you've never heard of her, here's some information, courtesy of Wikiepedia:

Hedy Lamarr (born Hedwig Eva Maria Kiesler, 9 November 1914 – 19 January 2000) was an Austrian and American film actress. She appeared in numerous popular feature films, including Algiers (1938) with Charles Boyer, I Take This Woman(1940) with Spencer Tracy, Comrade X (1940) with Clark Gable, Come Live With Me (1941) with James Stewart, H.M. Pulham, Esq. (1941) with Robert Young, and Samson and Delilah (1949) with Victor Mature. After an early and brief film career in Germany, which included a controversial love-making scene in the film Ecstasy (1933), she fled with her husband and secretly moved to Paris. While there, she met MGM head Louis B. Mayer, who offered her a movie contract in Hollywood, where she became a film star from the late 1930s to the 1950s.

Okay, so now you're wondering about her relation to Bluetooth technology. Here's more from Wikipedia: 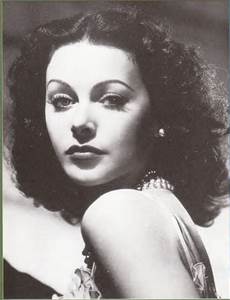 At the beginning of the World War II, Lamarr was told that she could better help the war effort by using her celebrity status to sell war bonds, which she did with great success. But she wanted to do more, particularly by using her interest in science to aid in the defeat of Nazism. This desire only intensified as Hitler continued his relentless attacks on Europe. When German submarines began torpedoing passenger liners, she said at one point, "I've got to invent something that will put a stop to that". This desire would give rise to the invention for which she would become famous many years later.
Lamarr's reputation as an inventor is based on her co-creation of a frequency-hopping system with George Antheil, an avant garde composer and neighbor of Lamarr in California. During World War II, Lamarr was inspired to contribute to the war effort, and focused her efforts on countering torpedoes. In her home, explains author Richard Rhodes during an interview on CBS, she devoted a room to drafting her designs for frequency-hopping. 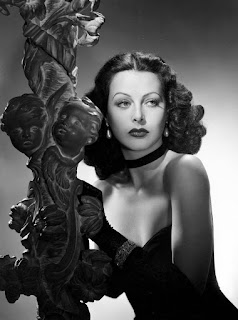 Lamarr and Antheil discussed the fact that radio-controlled torpedoes, while important in the naval war, could easily be jammed by broadcasting interference at the frequency of the control signal, causing the torpedo to go off course. Lamarr had learned something about torpedoes during her marriage to Friedrich Mandl, a wealthy munitions manufacturer. Lamarr and Antheil developed the idea of using frequency hopping to avoid jamming. This was achieved by using a piano roll to unpredictably change the signal sent between a control center and the torpedo at short bursts within a range of 88 frequencies in the radio-frequency spectrum (there are 88 black and white keys on a piano keyboard).

The specific code for the sequence of frequencies would be held identically by the controlling ship and in the torpedo. It would be practically impossible for the enemy to scan and jam all 88 frequencies, as computation this complex would require too much power. The frequency-hopping sequence was controlled by a player-piano mechanism, which Antheil had earlier used to score his Ballet Mécanique. 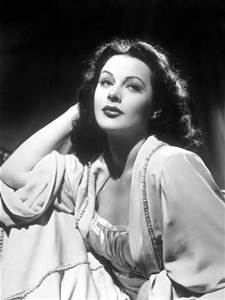 On 11 August 1942, US Patent 2,292,387 was granted to Hedy Kiesler Markey, Lamarr's married name at the time, and George Antheil. This early version of frequency hopping, although novel, soon was met with opposition from the U.S. Navy and was not adopted. The idea was not implemented in the U.S. until 1962, when it was used by U.S. military ships during a blockade of Cuba after the patent had expired. Lamarr's work was honored in 1997, when the Electronic Frontier Foundation gave her a belated award for her contributions. In 1998, an Ottawa wireless technology developer, Wi-LAN Inc., acquired a 49% claim to the patent from Lamarr for an undisclosed amount of stock.

Lamarr's and Antheil's frequency-hopping idea served as a basis for modern spread-spectrum communication technology, such as GPS, Bluetooth, COFDM (used inWi-Fi network connections), and CDMA (used in some cordless and wireless cell phones). Blackwell, Martin, and Vernam's 1920 patent seems to lay the communications groundwork for Lamarr and Antheil's patent, which employed the techniques in the autonomous control of torpedoes.

So, Hedy Lamarr wasn't just another pretty face! Had you ever heard of her? If so, have you ever seen any of her movies? Did you know she was an inventor? Thanks for visiting and have a great week!