Dr. Gregory H. Williams: A Testament to the Power of Perseverance 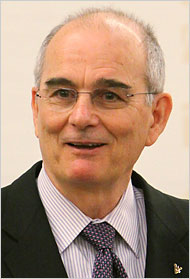 ﻿ I've never met Dr. Gregory Williams, but I hope to one day.  He's the current president of the University of Cincinnati, one of the nation's top 25 public research universities.  Dr. Williams is a noted scholar with a vast background in academic leadership. Prior to his post as UC's President, he was the President of the City College of New York.

Dr. Williams has worked in University Administration for over 30 years, holding positions at George Washington University and the University of Iowa.  In addition, he was Dean of Law School and Carter C. Kissell Professor of Law at The Ohio State University.

After I read Dr. Williams's memoir, Life on the Color Line , I was amazed that he was able to achieve as much as he has.  It's hard to believe that an individual with such an outstanding resume faced extraordinary challenges that would have destroyed most of us.

So, what made Dr. Williams's life so challenging? It wasn't a physical disability, nor was it the fact that he was a black youth in America during the '40s and 50's, although that was a large part of it.  If you're looking at his picture, you're probably surprised by his ethnicity!

His series of challenges began at age 10, when his parents divorced. Divorce is difficult for any child to endure. But imagine on top of that, learning your true identity.  Picture living a comfortable life as a white child, at the top of the food chain, so to speak, but then finding out that you're really, what in those days was referred to as a "Negro."  "I don't want to be a Negro," Dr. William's little brother Mike cried, "we can't go to the swimming pool and we can't go skating!" And that was just the beginning of their emotional readjustment to the dregs of society.

Dr. Willams and his brother left Virginia with their father, after their father divorced their white mother. From a decent life in Virginia (albeit with some issues), the elder Williams took his sons back to his home state of Indiana.  As a bi-racial man, Dr. Williams's father had passed as white.  He was known as Tony and claimed to be of Italian descent.  But back home, everyone knew Tony, now referred to as Buster, was black.  And being "Negro" inhibited employment opportunities.

The alcoholism of Dr. Williams's father caused a large amount of dysfunction, and his father's chronic unemployment prevented him from caring of his two boys.  Living from hand to mouth, they endured poverty and beatings.

In school, once Dr. Williams was singled out as black (even though he looked white), he faced rejection and ridicule from former friends, as well as hostility from teachers. And among some black students, he was shunned because of his fair complexion.

But despite the odds, Dr. Williams persevered because of an inner strength and desire to achieve.  He always wanted to be a lawyer and was never deterred from that goal.  What pushed him to achieve he said, is that every time he got discouraged, he would recall the first few months of living as an outsider among relatives in Indiana.  "I reminded myself that if I could make it through those days, all other obstacles could be overcome."

When I read Dr. Williams's memoir, I cried, then cried some more.  Now I'm tearing up as I write about it.  I'm a big believer in racial reconciliation, and I'm thankful that our country is on the mend.  But in reality, the racial divide cuts so deep, it may take another century for the wound to heal completely.

Anyone who doesn't understand the extent and complexity of racism in our nation needs to read Dr. Williams's book.  He had the unique opportunity to live as white, but then experienced the extreme culture shock of  black "reassignment."

"In spite of all the pain and grief of my early years," Dr. Williams says, "I am grateful to have been able to view the world from a place few men or women have stood...I am bound to live out my life in the middle of our society and hope that I can be a bridge between races, shouldering the heavy burden that almost destroyed my youth."

Dr. Williams succeeded in pursuing a master's degree, law degree and a doctorate.  He is a true testament to the power of perseverance!

I write stories of forbidden love from the past in which my characters persevere against the odds.  It amazes me that race is such a volatile issue, even today, where love is concerned.  But if two people love each other, they should be together, no matter what the cost.

When Dr. Williams became engaged to a white girl, let's just say...her family had some issues with that.  Read his memoir to find out what happened.  And read my book, The Governor's Sons, to see what transpires in 1936 when a young law student from a wealthy southern family falls in love with "the help."

Thanks for visiting!
Posted by Maria McKenzie at 12:47 PM 8 comments: