As a kid some of my favorite shows were about cops, private eyes and spies, like Mission Impossible, The Man From U.N.C.L.E., Hawaii Five-O, and Mannix. And once, because of a job related incident while a librarian, I was questioned by the FBI and then subpoenaed to be a federal witness, which was a fascinating experience.

I'm working on my second Black Ops Detective Mystery which features Tracy Black, a female private investigator.
This is temporary departure from writing historical fiction. However, since I'm a history lover, I wanted to learn about the very first female private eye. Her name was Kate Warne (1833-1868), and here's part of her story from Wikipedia:
Described by Allan Pinkerton as a slender, brown haired woman, there is not much else known about Warne prior to when she walked into the Pinkerton Detective Agency in 1856. Born in New York, Warne became a widow shortly after she married. Warne was left as a young childless widow in search of work. In answer to an ad in a local newspaper, Warne walked into Pinkerton's Chicago office in search of a job. There is still debate whether or not she walked in with intentions to become a detective or just a secretary. Women were not detectives until well after the Civil War. Pinkerton himself claimed that Warne came into his agency and demanded to become a detective. According to Pinkerton's records, he

Warne's arguments swayed Pinkerton, who at 10 o'clock on the morning of August 23, 1856, employed Warne as the first female detective.[3] Pinkerton soon had a chance to put Warne to the test. In 1858, Warne was involved in the case of Adams Express Company embezzlements where she was successfully able to bring herself into the confidence of the wife of the prime suspect, Mr. Maroney. She thereby acquired the valuable evidence leading to the husband's conviction.[4] Mr. Maroney was an expressman living in Montgomery, Alabama. The Maroneys stole $50,000 from the Adams Express Company. With Warne’s help, $39,515 was returned. Mr. Maroney was convicted and sentenced to ten years in Montgomery, Alabama.
For the rest of her story click here. Had you ever heard of Kate Warne? Thanks for visiting and have a great week!
Posted by Maria McKenzie at 2:42 PM 1 comment: 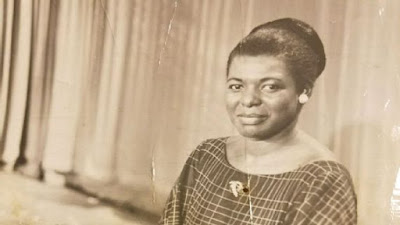 March is Women's History Month, and today I'm taking a look at musical prodigy Dr. Joyce Brown, Broadway's first African-American female musical conductor. I'd never heard of Dr. Brown, but was introduced to her by my Goodreads friend Damon Evans. Thak you, Damon! The following is an excerpt from ESPN.com:

[The musical production that Dr. Brown conducted beginning on its opening night] was "Purlie," which debuted in 1970, and explored the life of traveling preacher Purlie Victorious Judson set in the Jim Crow era. The play was nominated for Tony's Best Musical award that year. This was quite the feat for Brown, as conducting was and remains a highly male-dominated profession.

When asked how she felt about making history with "Purlie," Brown -- who played piano, violin, cello, trumpet, saxophone and organ -- told the International Musician Magazine in 1970, "I would have gotten the job anyhow because the competency is there." She also declared in the New York Daily News in '70: "I'm a member of [the American Federation of Musicians] Local 802 [Union] in good standing. I've worked hard. And I'm reliable. I was picked for the job."

Purlie's pit orchestra was racial diverse -- simply because the New York City-raised daughter of Jamaican immigrants was bold enough to ask for it. As she told the International Musician: "I requested an interracial orchestra -- and a congenial one. And, I got it," but acknowledged that this was "not as usual."

"To see the black people in the pit [at all] was a big deal," highly acclaimed Broadway conductor and Joyce Brown protege Linda Twine said.

Simply being a black woman waving the baton was not the only reason audiences were so enthralled by her. She moved with the effervescent spirit of a well-rehearsed one-woman show.

The New York Daily News wrote in 1973 that Brown "manages so much body English when she leads that the audience can't help being aware of her." Three years earlier, that same publication, under the headline "Joyful Joyce," stated that she "sings all the lyrics along with the actors and does refined bumps and grinds as she leads the band. Her pearl earrings do not bounce off only because her ears are pierced."

For the complete article, click here. It's a shame she seems to be forgotten. Thanks for visiting and have a great week! 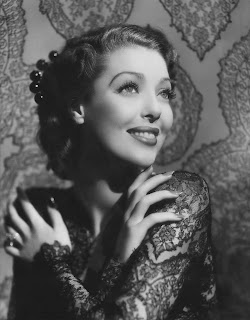 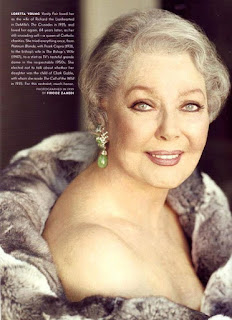 Thanks for visiting and have a great week!
Posted by Maria McKenzie at 4:51 PM 1 comment:

I just finished watching Taylor Sheridan's historical fiction series 1883, the prequal to his hit series Yellowstone. I haven't had a chance to watch all of Yellowstone yet, but 1883 is an excellent series that I highly recommend. One of the characters, Thomas, is a black Pinkerton agent/former Union and Buffalo Soldier played by actor LaMonica Garret. Thomas plays a major role in moving a group of German immigrants to the Western frontier. If you love historical drama, you'll love 1883!

I don't know that much about African Americans who contributed to the settlement of the American West, but today I'm blogging about one sent to me by my friend Mary, whose name was Jim Beckwourth. Take a look at some of his story that's available on the Jim Beckwourth site: