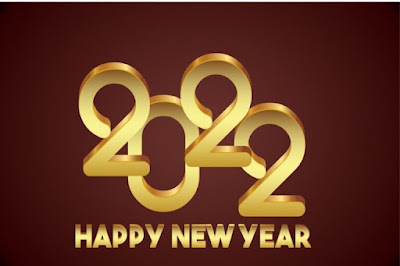 I'm off for New Year's but will be back next week! Have a blessed and very Happy New Year!
Posted by Maria McKenzie at 4:00 PM 2 comments: 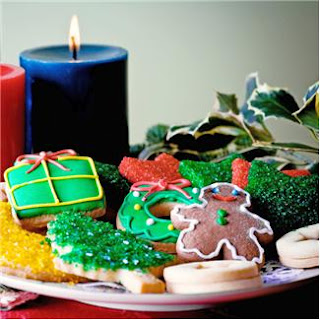 "I stopped believing in Santa Clause when I was six. Mother took me to a department store to see him and he asked for my autograph." Shirley Temple
My kids haven't believed in Santa Clause for a long time, but they still wanted to bake cookies for him even years after they stopped believing he was real! And that was one more activity to plan. Speaking of which, are you a planner or a pantster when it comes to the holidays?
When I write, I don't like to fly completely by the seat of my pants.  I prepare a skeleton outline and then go where my characters lead me. No detailed outline or spreadsheet for me--I think my head would explode if I tried to that.  So I fall somewhere in between.

Same with holiday planning; I wouldn't dare try to do everything just days before Christmas (although I usually do wrap presents on  Christmas Eve). I try to mail my Christmas cards by the first or second week of December and I aim to finish my Christmas shopping by the third week.  I do my baking about a week ahead. So hopefully, by Christmas morning, everything I need to do will already be done!
I envy all the organized among us who buy their presents right after Thanksgiving and have their cards mailed by December 1.
From what I've observed, having the ability to organize is genetic. My husband (whose parents are extraordinarily organized) is a very ordered person--I am not.  My dad had piles on his desk, and for some reason, so do I. And I know exactly what's in my piles and where to find what I need.

I don't like clutter, but beware of my closet. If you go in, you may never come out! I'm also a procrastinator--that drives Mr. McKenzie nuts!  But somehow we manage to complement each other.  I suppose the old saying is true: opposites attract.
Time to put the writing aside and catch up on some more Christmas--dare I say the word--details!

Are you a holiday planner or pantster?  Merry Christmas and thanks for stopping by!

There's never a dull moment with a bad guy--or a bad girl.  Let's face it, creating fictional villains is just downright fun!  I, personally, hate confrontation, and the last thing I'd ever want to do is hurt someone's feelings. Perhaps writing about a mean person is cathartic for me. I've been told I do it well.  Not quite sure how to take that.  But whatever the case, it's rather exciting to write dialogue I'd actually never say, and write about nasty, villainous deeds I could never imagine being done in real life--until I see them reenacted on America's Most Wanted.

Villains break all the rules of decency and morality and don't care.  Lying/cheating/stealing is their MO, and political correctness doesn't exist in their world.  Heroes don't make derogatory comments regarding race or sex, but with a villain, why not?  Our heroes don't smoke, and if they drink, they're merely social drinkers. Villainous women can be portrayed promiscuous to the point of nymphomania.  And a bad man isn't into real relationships, because he's too busy using and discarding women.

As the hero is flawed, the villain must be humanized.  Through back story, he or she must be seen as a person first, not a monster.  Otherwise, that character will just come off looking like a cartoon bad guy.  Reading bios of notorious criminals can help develop a believable villain.

How will you have fun creating your next villain or making your current one even scarier?
Thanks for stopping by and have a great week!
Posted by Maria McKenzie at 2:36 PM 2 comments:

When asked what my favorite novel is that I have written, I say Masquerade because my bad girl protagonist was so much fun to write! Masquerade was published a while back 2013 as the second book of my Unchained Trilogy. I certainly enjoyed writing all three books, but I loved writing Masquerade the most!
A friend of mine asked if the story were ever made into a movie, who would I want to star in it? Well, we can all dream, so keep reading to see who I envisioned acting my story!
Lavinia Taylor Hargraves, my bad girl protagonist, is originally introduced in the first part of the trilogy, Escape.  She passes as white, despises her sister who is kind and good, and hates her mother for being a former slave. At seventeen, Lavinia runs off with fifty-four-year-old theater magnate Vernon Hargraves, only because he can make her a Broadway sensation. Although Vernon truly loves Lavinia, the feeling isn't mutual on her part.
If Lavinia had lived today, she'd probably be diagnosed with Narcissistic personality disorder.  According to Wikipedia, this "is a personality disorder  in which the individual is described as being excessively preoccupied with issues of personal adequacy, power, prestige and vanity. This condition affects one percent of the population. First formulated in 1968, it was historically called megalomania, and is severe egocentrism."
In addition to her megalomania, Lavinia suffers from severe sibling rivalry issues. This is seen in Escape when we meet good sister Olivia.

Although Masquerade is Lavinia's story, Olivia, to Lavinia's dismay, also makes an appearance.  As I wrote the characters, two beautiful sisters of mixed race ancestry, I envisioned beautiful Catherine Zeta-Jones as Lavinia and gorgeous Halle Berry as Olivia.