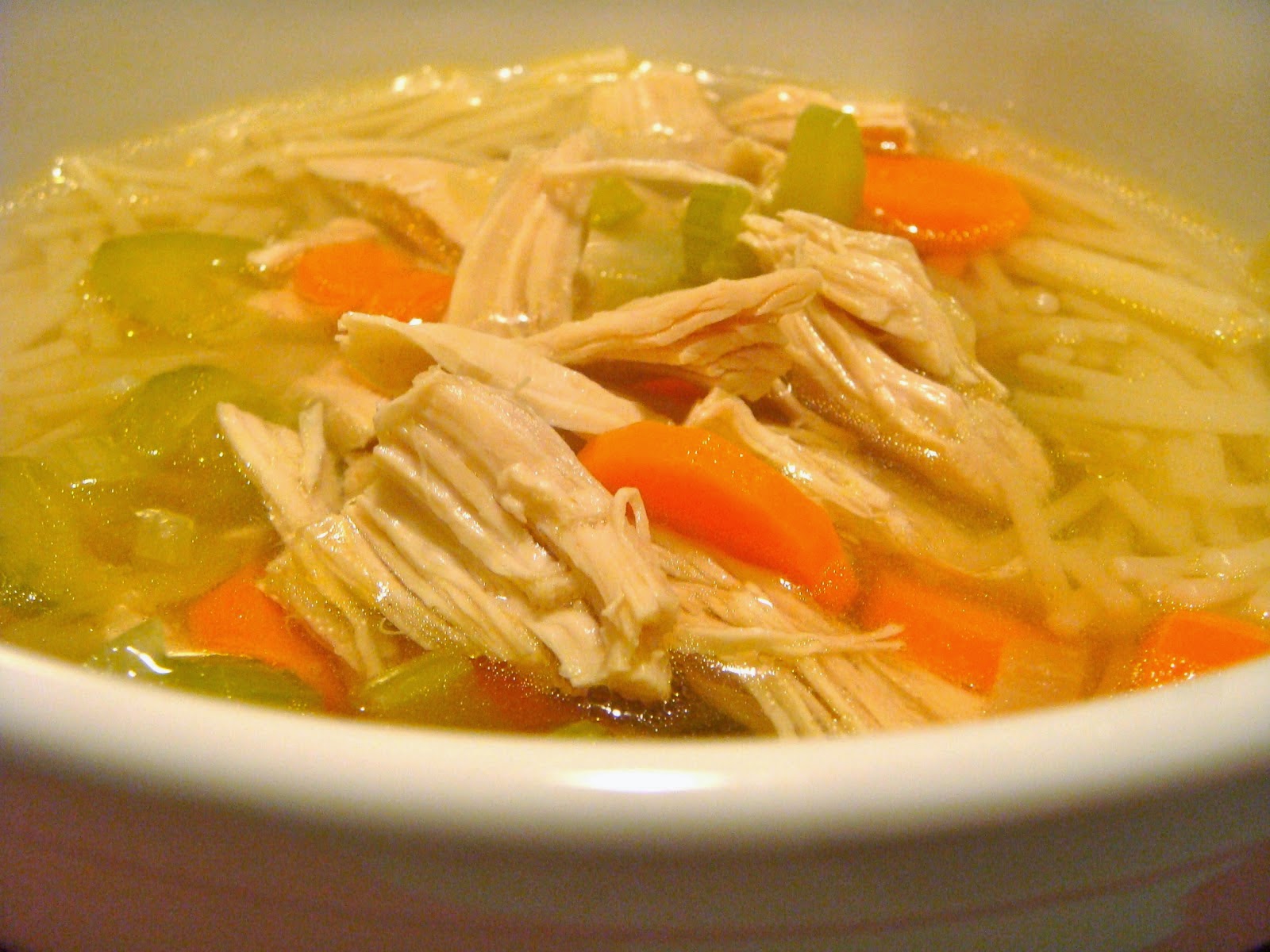 This is a reprint from my blog archive. I'm sharing today because it has been extremely cold and snowy where I live for the past week. Chicken soup is on my menu this week. So if you're feeling cold and need to be warmed up inside, try this recipe!

Nothing hits the spot on a cold winter evening like a bowl of home made chicken soup, and today I'm sharing my all time favorite recipe, adapted from one in the Cincinnati Enquirer. Unfortunately, lots of cutting and chopping is involved. Listen to an audio book to keep yourself entertained, and consider this a labor of love since it's so healthy for your family!

Does your family have a chicken soup recipe that's been past down from generation to generation? Thanks for stopping by and have a great week!
Posted by Maria McKenzie at 4:51 PM No comments: 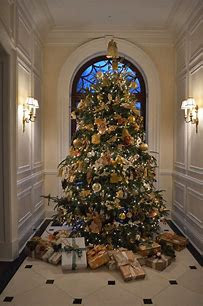 Is Christmas really less than a week away? It seems like December just snuck up on us this year--or at least on me! I'm off this week to take care of last-minute details, so have a very Merry Christmas! 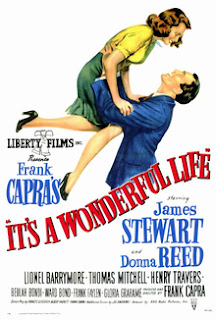 Did you know that the Christmas film classic It's a Wonderful Life wasn't thought to be that wonderful upon its initial release? Who hasn't seen this wonderful film at Christmastime and felt teary-eyed and warm all over?  Great movie, right? Well that's not what the critics initially thought. Check out the story below from Wikipedia:
It's a Wonderful Life is a 1946 American Christmas fantasy comedy-drama film produced and directed by Frank Capra, based on the short story and booklet The Greatest Gift, which Philip Van Doren Stern wrote in 1939 and published privately in 1945.
The film stars James Stewart as George Bailey, a man who has given up his dreams in order to help others, and whose imminent suicide on Christmas Eve brings about the intervention of his guardian angel, Clarence Odbody (Henry Travers). Clarence shows George all the lives he has touched, and how different life in his community of Bedford Falls would be if he had never been born.
Despite initially performing poorly at the box office because of stiff competition at the time of its release, the film has become regarded as a classic, and is a staple of Christmas television around the world. The film is considered one of the most loved films in American cinema, and has become traditional viewing during the Christmas season. Theatrically, the film's break-even point was $6.3 million, approximately twice the production cost, a figure it never came  to achieving in its initial release. An appraisal in 2006 reported: "Although it was not the complete box office failure that today everyone believes ... it was initially a major disappointment and confirmed, at least to the studios, that Capra was no longer capable of turning out the populist features that made his films the must-see, money-making events they once were."
It's a Wonderful Life is now considered one of the greatest films ever made. It was nominated for five Academy Awards, including Best Picture, and has been recognized by the American Film Institute as one of the 100 best American films ever made, placing  11 on its initial 1998 greatest movie list, number 20 on its revised 2007 greatest movie list, and placing number one on its list of the most inspirational American films of all time.Capra revealed that this was his personal favorite among the films he directed, and that he screened it for his family every Christmas season.
I'm looking forward to seeing it soon! How about you? Thanks for visiting and have a great week! 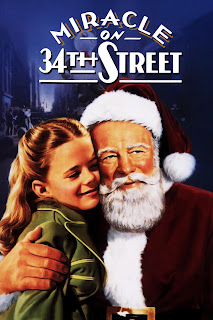 Christmas is just around the corner and Christmas movies are on television all the time now. Perhaps this year I'll get a chance to watch Miracle on 34 Street. I admit, I've never seen it. If you are like me and have never had a chance to watch it, here's some information from Wikipedia:

Miracle on 34th Street is a 1947 American Christmas comedy-drama film released by 20th Century Fox, written and directed by George Seaton and based on a story by Valentine Davies. It stars Maureen O'Hara, John Payne, Natalie Wood, and Edmund Gwenn. The story takes place between Thanksgiving Day and Christmas Day in New York City and focuses on the effect of a department store Santa Claus who claims to be the real Santa. The film has become a perennial Christmas favorite.

Here's the plot from IMDb:

At the Macy's Thanksgiving Day Parade, the actor playing Santa Claus is discovered to be drunk by a whiskered old man. Doris Walker, the no nonsense special events director, persuades him to take his place. He proves to be a sensation and is quickly recruited to play Santa at the main store. While he is successful, Doris learns that he calls himself Kris Kringle and he claims to be the actual Santa Claus. 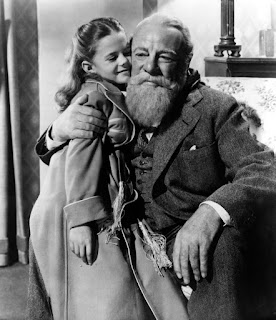 Despite reassurances by his doctor that he is harmless, Doris still has misgivings, especially when she has cynically trained herself, and especially her six-year-old daughter, Susan, to reject all notions of belief and fantasy. And yet, people, especially Susan, begin to notice there is something special about Kris and his determination to advance the true spirit of Christmas among the rampant commercialism around him and succeeding in improbable ways.

When a raucous conflict with the store's cruelly incompetent therapist, Granville Sawyer, erupts, he finds himself held at Bellevue where, in despair, he deliberately fails a mental examination to ensure his commitment. All seems lost until Doris' neighbor, Fred Gailey, reassures him of his worth and agrees to represent him in the fight to secure his release. To achieve that, Fred arranges a formal hearing in which he argues that Kris is sane because he is in fact Santa Claus. What ensues is a bizarre hearing in which people's beliefs are reexamined and put to the test, but even so, it's going to take a miracle for Kris to win.

Have you ever seen Miracle on 34th Steet? Thanks for visiting and have a great week!

Posted by Maria McKenzie at 3:56 PM No comments: