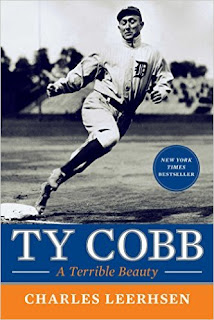 Baseball season is winding down. I'm not a big fan of the game, but I do enjoy learning about its history and the life stories of some of the greats.
So what comes to your mind when you hear the name Ty Cobb? I'm hardly an expert on baseball history or trivia, but when I hear that name, I think rotten guy/racist. Remember the reference made to him in Field of Dreams? Cobb wasn't invited to the ghostly cornfield reunion of old time ballplayers because, according to the Shoeless Joe Jackson character, "No one liked liked that son of a bitch."

Rumors have abounded about Cobb being a murderer, racist and all around bad guy, but author Charles Leershen has finally set the record straight with his book, Ty Cobb: A Terrible Beauty. 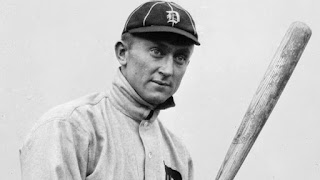 Is this news to you about Ty Cobb? Thanks for visiting and have a great week! 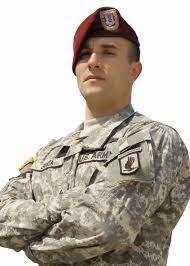 The five stages of change include:
Moment of Enlightenment (MOE): This happens when you experience something never experienced before. Or, when you experience something you have experienced, but it affects you differently than ever before. Think light bulb going on above head.
By itself, the MOE is not change, just a momentary awareness. Denial often blocks MOEs. Anger stops MOEs when it is actually an indicator of an MOE. And bargaining dilutes MOEs.
Decision: Because of the Moment of Enlightenment, a decision is made. But it may not be a good decision. So you're either stuck with the decision (externally imposed change) or you stick with the decision (internally motivated change). By itself, a decision isn't change, but just a fleeting commitment. Bargaining can dilute a decision, and depression can cause you to give up a decision all together.
Sustained Action: Because of the decision, behavior is changed. The changed behavior is sustained long enough to become a habit. In the military, this is called training. Sustained action leads to change. Sliding back on the five stages of change stops this. Acceptance isn't easy because your reality has changed!
Time to expand your comfort zone, by going into your courage zone. Courage is needed on the path to changing you and developing your self confidence!
As mentioned earlier, Bob's workshop was awesome! It was also inspiring and encouraging! Be sure to check out Bob's "Who Dares Wins" homepage at http://www.bobmayer.org/ so you can become a warrior writer!

Are you ready for change?
Thanks for visiting and have a great week!
Posted by Maria McKenzie at 3:29 PM 2 comments: