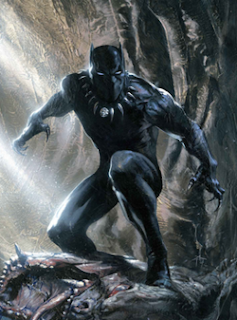 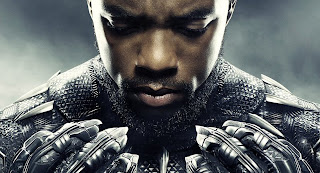 All that was new to me! Had you ever heard of Marvel's Black Panther before the movie? Thanks for visiting and have a great week!
Posted by Maria McKenzie at 6:34 AM 2 comments:

Lana Turner and the Death of a Thug

I've been watching episodes of E's Mysteries and Scandals and the other day I saw the one involving actress Lana Turner. I'd heard about this scandal from my mom when I was a kid, but it happened a few years before I was born. True crime junkie that I am, I read Detour, written by Cheryl Crane, the assailant of the thug, and she was only fourteen at the time of the crime.

Here's the gist of the story: Lana Turner, one of Hollywood's most glamorous stars of the Golden Age, began dating and then living with Johnny Stompanato, a small time gangster with mob connections. Turns out Lana was rather fickle when it came to men, and when she decided to break things off, Stompanato became violent. Apparently the mob had wanted Stompanato to eventually become Mr. Lana Turner so that the mob would have access to her money.

Stompanato became physically abusive to Lana on several occasions and refused to leave the home he shared with her. Ms. Turner began to fear for her life, as Stompanato had held a gun to her head more than once. Desperate, she told her 14 year-old daughter Cheryl that she was afraid and needed her help. Most likely she meant, call the police if things get out of hand with that monster.

On one particular evening while Stopananto was beating Ms. Turner, he threatened her by saying,"If you were a man I'd cut off your hands, but since you make a living with your face, I'll cut that up instead!" Cheryl woke up upon hearing the beating and her mother's screams. She went to the kitchen and got a butcher knife, then went upstairs terrified, holding the knife and stood outside her mother's bedroom.

When Stompanato had had enough of beating and threatening Ms. Turner, he left the bedroom, only to walk straight into Cheryl's knife, which plunged straight through his abdomen. Needless to say, he died. A heinous thug brought down unintentionally by a frightened 14 year-old girl.

Cheryl Crane says she doesn't even remember going to the kitchen for the knife. Then she stood frightened outside her mother's bedroom unsure of what to do, but she knew her mother needed her.

If you enjoy true crime check out Detour, and for more on the case of Johnny Stompanato's death, click here. Were you familiar with this story?

Thanks for visiting and have a great week!
Posted by Maria McKenzie at 1:27 PM 3 comments: 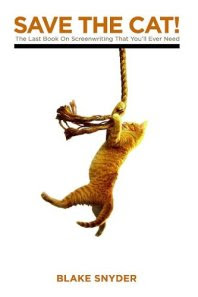 
The Blake Snyder Beat Sheet is the best plot structure template I’ve come across.
It breaks down the three-act structure into bite-size, manageable sections, each with a specific goal for your overall story. It’s a great resource!

Opening Image – A visual that represents the struggle & tone of the story. A snapshot of the main character’s problem, before the adventure begins.
Set-up – Expand on the “before” snapshot. Present the main character’s world as it is, and what is missing in their life.
Theme Stated (happens during the Set-up) – What your story is about; the message, the truth. Usually, it is spoken to the main character or in their presence, but they don’t understand the truth…not until they have some personal experience and context to support it.
Catalyst – The moment where life as it is changes. It is the telegram, the act of catching your loved-one cheating, allowing a monster onboard the ship, meeting the true love of your life, etc. The “before” world is no more, change is underway.
Debate – But change is scary and for a moment, or a brief number of moments, the main character doubts the journey they must take. Can I face this challenge? Do I have what it takes? Should I go at all? It is the last chance for the hero to chicken out.
Break Into Two (Choosing Act Two) – The main character makes a choice and the journey begins. We leave the “Thesis” world and enter the upside-down, opposite world of Act Two.
B Story – This is when there’s a discussion about the Theme – the nugget of truth. Usually, this discussion is between the main character and the love interest. So, the B Story is usually called the “love story”.
The Promise of the Premise – This is when Craig Thompson’s relationship with Raina blooms, when Indiana Jones tries to beat the Nazis to the Lost Ark, when the detective finds the most clues and dodges the most bullets. This is when the main character explores the new world and the audience is entertained by the premise they have been promised.
Midpoint – Dependent upon the story, this moment is when everything is “great” or everything is “awful”. The main character either gets everything they think they want (“great”) or doesn’t get what they think they want at all (“awful”). But not everything we think we want is what we actually need in the end.
Bad Guys Close In – Doubt, jealousy, fear, foes both physical and emotional regroup to defeat the main character’s goal, and the main character’s “great”/“awful” situation disintegrates.
All is Lost – The opposite moment from the Midpoint: “awful”/“great”. The moment that the main character realizes they’ve lost everything they gained, or everything they now have has no meaning. The initial goal now looks even more impossible than before. And here, something or someone dies. It can be physical or emotional, but the death of something old makes way for something new to be born.
Dark Night of the Soul – The main character hits bottom, and wallows in hopelessness. The Why hast thou forsaken me, Lord? moment. Mourning the loss of what has “died” – the dream, the goal, the mentor character, the love of your life, etc. But, you must fall completely before you can pick yourself back up and try again.
Break Into Three (Choosing Act Three) – Thanks to a fresh idea, new inspiration, or last-minute Thematic advice from the B Story (usually the love interest), the main character chooses to try again.
Finale – This time around, the main character incorporates the Theme – the nugget of truth that now makes sense to them – into their fight for the goal because they have experience from the A Story and context from the B Story. Act Three is about Synthesis!
Final Image – opposite of Opening Image, proving, visually, that a change has occurred within the character.
THE END

I used the Beat Sheet method in writing my last novel and it was a big help! Are you familiar with Save the Cat? Thanks for visiting and have a great week!
Posted by Maria McKenzie at 1:54 PM 6 comments: 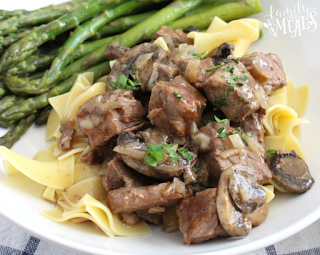 I was planning meals for the week and found this incredibly easy recipe for Beef Burgundy over at FamilyFreshMeals.com.  I've never made this dish because the name sounds too intimidating for me to even try. However, when I found this three-step crock pot version, I decided that I could make it after all! Enjoy!

1. In a 5-6 qt crock pot, add in your cubed steak.
2. Sprinkle with dry onions soup mix. And the mushrooms, onion and garlic.
3. Pour wine, broth and Worcestershire sauce into crock pot. Top every thing with cream of mushroom soup. Cover and cook on LOW for 6-8 hours or HIGH for 4-5 hours. Serve over egg noodles.

Have you ever made Beef Burgundy? Thanks for visiting and have a great week!
Posted by Maria McKenzie at 5:29 AM 3 comments: