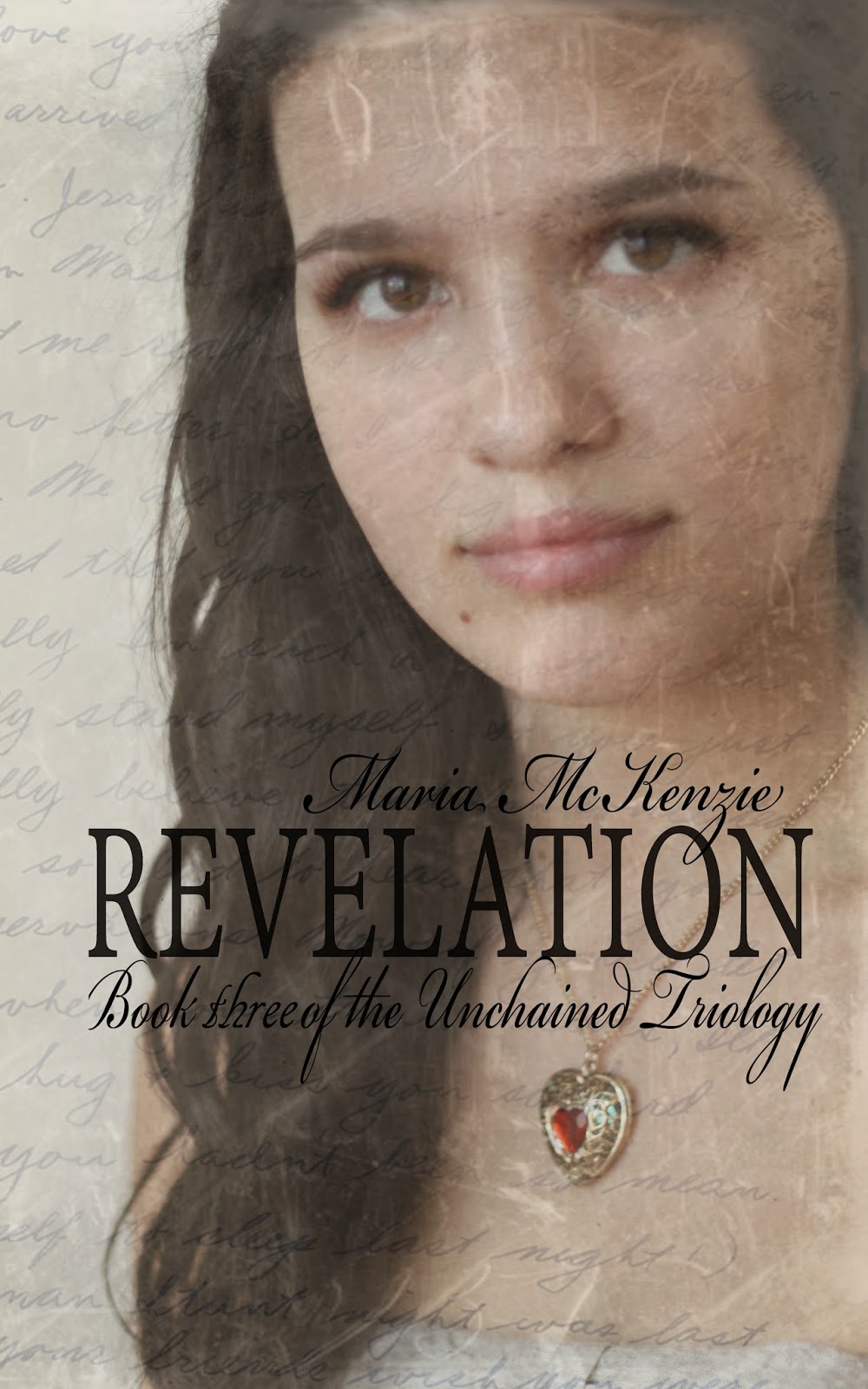 Revelation: Book Three of The Unchained Trilogy is now complete and available at Amazon.com! Here's what's in store:


Light-skinned Selina Standish lives a life of emotional pain and torment. In 1906, at the tender age of eight, she is convinced by her mother, actress Lavinia Standish, the daughter of a slave, to pass as white.  Although Selina yields to her mother’s insistence to pass, she refuses to cut ties completely with her “Negro” relatives, including her twin brother, a child her mother deems too dark to pass.

However, at age seventeen, in the year 1915, Selina meets wealthy southerner Jack Cosgrove, the man of her dreams. Keeping her ancestry a secret, Selina is conflicted by Jack’s “negrophobia” and negative attitude toward her race. She must determine if happiness with him could ever be a possibility, especially if she were to reveal her bloodline.

Later, a chance encounter with Pastor Tony Manning opens Selina’s eyes to real love. Although he is a progressive thinker regarding race relations, Tony appears to draw the line at interracial marriage. In order to live as his wife, Selina decides she must completely disassociate herself from all her “colored” relatives.

While bound to a chain of secrecy, Selina struggles to live in honesty. How true can she be to her husband, if she can never reveal the truth about herself? In 1933, Selina’s brother reappears in her life. Can she successfully hide his existence? How will her decision touch the lives of future generations to come?

Read on for a brief sample:

I hope you, Father, Aunt Olivia, and our adorable little brothers, Jason, Gregory, and Jonathan, and Grandmother and Grandfather are doing well.  I could not wait to write to you, because I can hardly contain my excitement about what I am planning to do today!  Do not think me daffy, but I cannot tell you, at least not yet, although I wish I could.

You see, if I do tell you, you might tell Father, and he might disapprove.  It is scandalous enough that I am going behind Mother’s back!  I am not doing anything particularly bad, yet it is daring, to say the least!  I will explain everything to you once I have executed the deed, and then told Mother, at which time, I will face the music!

I am fourteen now, or rather, we are fourteen, and Grandmother has often told me of the difficult times she endured while raising Mother.  I have been good, Gabriel, and I know you are aware of that!  I do, however, want to spread my wings, as they say, and see what the world has to offer!

I will write soon to tell you all about what happened.  I send my love to you and the family!

Yours affectionately,
Selina
A gentle breeze swept through the enormous windows, filling Salina’s sizable bedroom with the scent of gasoline and soot from the automobiles and elevated trains that roared outside.  The soft wind tousled the fringe of bangs that covered her forehead.  Sitting at her Queen Anne desk, Selina folded the letter she’d written to her twin brother.  She’d lived with her mother for six years now, still in the elegant brownstone at Central Park West and Eighty-Sixth Street that had originally belonged to her father.

Selina missed Gabe, as well as the rest of her relatives in California.  Sometimes, she even wished she could live there with them.  She had such happy memories of the four years she’d lived out West, and that was before all the new siblings had arrived.  Now there were so much family—and so much love.  But Selina had to think practically, that’s what Mother always said.

Life in New York wasn’t bad.  Selina had Brigid, her nurse since birth, and even her mother for most of the year.  Stuffing the letter into an envelope, Selina reflected that the life she’d lived here was better than the alternative Mother had explained all those years ago...

“...Don’t go back to California with your father, darling... If you do, he’ll send you off to a boarding school in France—where no one speaks English...”

That was one of three reasons Mother had used to convince Selina to stay in New York.  Another was the practical one...

“You being here, living in New York—that’s the best possible thing for you.   You may not completely understand why, but you will one day.   I promise you, Selina, your life here is better than it ever could be in California... It’s not so much the living in New York that matters.  It’s you being with me...being white...

Hope you'll check it out, along with parts one and two!

Thanks for visiting and have a great week!
Posted by Maria McKenzie at 12:35 PM 6 comments: 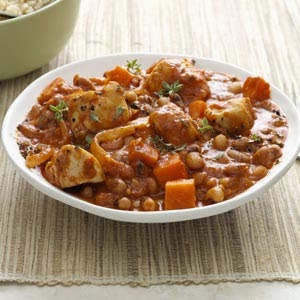 
This recipe is a delicious chicken stew that can be served alone, over couscous, or over rice.  It's hot and hearty featuring a fall favorite--sweet potatoes!

This stew is easy to prepare, but unfortunately involves a little cutting and chopping (so just pretend it's therapeutic).  I've adapted my version from one I originally found in Woman's Day Magazine. Hope you enjoy! Have you sen Belle? Thanks for visiting and have a great week!
Posted by Maria McKenzie at 7:39 PM 3 comments: