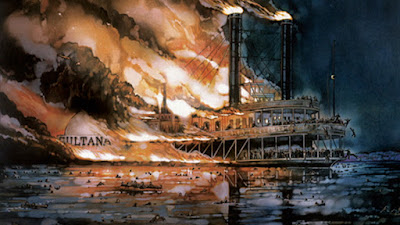 Do you remember Sultana?  If you're like me, you've probably never even heard of it.  I know you've heard of the Titanic, but the Sultana tragedy was the greatest maritime disaster in US history.

My friend Dan recently told me about this disaster and its ties to my hometown of Cincinnati, so I thought I'd share it today.

Here are some excerpts from a fascinating article featured in NationalGeographic.com by Stephen Ambrose:

On April 27, 1865, the steamboat Sultana, some seven miles north of Memphis, Tennessee, carrying 2,300 just-released Union prisoners of war, plus crew and civilian passengers, exploded and sank.

Some 1,700 people died. It was the worst maritime disaster in U.S. history, more costly than even the April 14, 1912 sinking of the Titanic, when 1,517 people were lost. But because the Sultana went down when it did, the disaster was not well covered in the newspapers or magazines, and was soon forgotten. It is scarcely remembered today.

April 1865 was a busy month; On April 9, at Appomattox Courthouse, Virginia, General Robert E. Lee surrendered. Five days later President Abraham Lincoln was assassinated. On April 26 his assassin, John Wilkes Booth, was caught and killed. That same day General Joseph Johnson surrendered the last large Confederate army. Shortly thereafter Union troops captured Confederate President Jefferson Davis. The Civil War was over. Northern newspapers rejoiced. News of a terrible steamboat tragedy was relegated to the newspaper's back pages. In a nation desensitized to death, 1,700 more did not seem such an enormous tragedy that it does today. 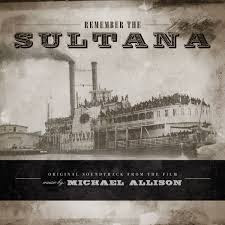 The accident happened at 2 a.m., when three of the steamship's four boilers exploded. The reason the death toll was almost exactly equal to the number of Union troops killed at the battle of Shiloh (1,758) was gross government incompetence.

The Sultana was legally registered to carry 376 people. She had six times more than that on board, due to the bribery of army officers and the extreme desire of the former POWs to get home. In 1863, the Sultana was built in Cincinnati and began sailing the Ohio and Mississippi Rivers, mainly from St. Louis to New Orleans.

She was state of the art, including the most modern safety equipment--safety gauges that fused open when the internal boiler pressure reached 150 pounds per square inch, three fire-fighting pumps, a metallic lifeboat and a wooden yawl, 300 feet of fire hose, thirty buckets, five fire-fighting axes and 76 life belts. In April, 1865, Union POWs were gathered at Vicksburg. They were loaded on steamboats for the trip to Cairo, Illinois, with the government paying $5 per man. That was big money, which led to corruption--steamboat captains kicked back $1.15 to the army officers in charge if they filled the boats with men.

The Sultana was the last to leave. One of her boilers had sprung a leak and needed repair, but instead of doing the job right--removing and replacing the bulge in the boiler that was the cause--the Sultana captain ordered a patch of metal put over the bulge. That could be done in one day, while a proper repair would consume three or four days. Before that was done, other steamboats would come to Vicksburg from New Orleans and pick up the POWs, leaving the Sultana without these lucrative passengers—thus the hurry-up.

At 9 p.m., on April 24, the Sultana left Vicksburg to head up river. The captain, J. Cass Mason, told an Army officer his ship had carried so many men before. He said the Sultana was a good vessel and the men were in capable hands. "Take good care of them, the officer replied. "They are deserving of it." The Sultana was badly overcrowded, Mason knew, but not overloaded. On April 26, the ship docked at Memphis to pick up coal. At midnight she headed upriver.

At 2 a.m., April 27, the repaired boiler exploded. Two of the three other boilers exploded. Fire spread through mid-ship. The two smokestacks fell on the boat, crushing the Hurricane deck and killing many men. Those who survived panicked and rather than fighting the fire began to jump into the river. The flames started sweeping toward the stern, causing more panic and jumping. The river was high, flowing fast, crowded with dead, drowning and barely floating men. The Sultana was in flames.

When the sun began to come up, more than 1,700 were dead. The survivors began singing marching tunes. Holding onto their driftwood rafts, they looked like frogs--some men noticed this and began croaking. Almost 800 of the 2,500 passengers survived (although 200 later died). On the Titanic, 882 feet long, 1,517 died. On the Sultana, 260 feet long, the toll was 1,700. The steamship, what was left of it, drifted downriver and sank opposite Memphis. She lies today, covered with mud, at the bottom of the Mississippi River.

Had you ever heard about the Sultana? Thanks for visiting and have a great week!
Posted by Maria McKenzie at 5:36 AM 5 comments: 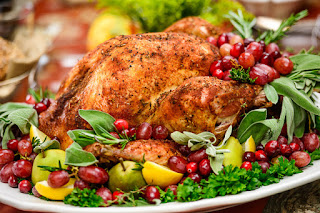 Happy Thanksgiving, everyone! Take time to be thankful for all of your blessings, love on your family and friends, and enjoy your Thanksgiving dinner! I'm off from blogging this week but will be back next Monday.
Posted by Maria McKenzie at 5:31 AM 4 comments: 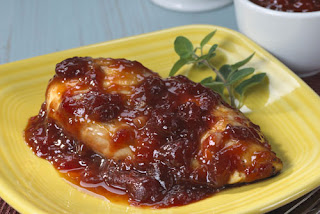 The election is over--finally! Now the holiday season is upon us. It's a busy time, so here's an easy recipe for the crock pot, from the cookbook Fix-It and Forget-It, to save time during the holiday rush. Enjoy!

Combine all ingredients in slow cooker. Cover and bake on HIGH for 4 hours, or LOW for 6-8 hours.

Cooking can't get much easier than that. Sound good to you?

Thanks for visiting and have a great week!
Posted by Maria McKenzie at 5:37 AM 3 comments:

The count down is on! Tomorrow is the big day--election day, so be sure to vote! I don't know about you, but I'll be happy when the big day has come and gone!

However, if you're caught up in the season and really enjoy all things politics, you'll probably like the movie The Manchurian Candidate. I'm referring to the 1962 version. I rented it years ago and found it absorbing and quite fascinating. Like Citizen Kane, it's one you have to watch from the beginning and pay close attention. Filmsite Movie Review says:

The Manchurian Candidate (1962) is director-producer John Frankenheimer's prophetically tragic, chilling, brilliant, blackish (film-noirish) Cold War thriller about brain-washing, conspiracy, the dangers of international Communism, McCarthyism, assassination, and political intrigue. Laurence Harvey is brilliant as a brainwashed Korean war hero who has been programmed as a Soviet sleeper/mole agent to assassinate a Presidential candidate. It can be categorized within many film genres - it functions as a horror film, a war film, a science fiction film, a black comedy, a suspense-thriller, and a political melodrama (with additional segments of romance and action).

The mood of this pseudo-documentary, satirical film masterpiece (from prolific veteran television director Frankenheimer) is paranoic, surrealistic, dark, macabre, cynical, and foreboding - these elements are combined in a traditional, top-notch suspenseful thriller framework with a nail-biting, Alfred Hitchcock-like climax. The movie displays the emerging role and importance of television in broadcasting public affairs and shaping opinion, and the circus atmosphere that surrounds American politics.

Read the complete review here. This film is considered by many critics to be one of the best movies ever made. Have you ever seen it?