Last night the 88th Academy Awards Show was televised live! The stars, the crowds, the clothes, the jewels! Nowadays the Oscars are quite the spectacle, but how did it all begin? Here's a little information from Wikipedia:

In 1927, the Academy of Motion Picture Arts and Sciences (AMPAS) was established by Louis B. Mayer, originator of Louis B. Mayer Pictures Corporation, which then would be joined into Metro-Goldwyn-Mayer (MGM). Mayer's purpose in creating the award was to unite the five branches of the film industry, including actors, directors, producers, technicians, and writers. Mayer commented on the creation of the awards "I found that the best way to handle [filmmakers] was to hang medals all over them ... If I got them cups and awards they'd kill them to produce what I wanted. That's why the Academy Award was created". Mayer asked Cedric Gibbons, art director of MGM, to design an Academy Award trophy. Nominees were notified through a telegram in February 1928. In August 1928, Mayer contacted the Academy Central Board of Judges to decide winners. However, according to the American director King Vidor, the voting for the Academy Award for Best Picture was in the hands of the AMPAS founders Douglas Fairbanks, Sid Grauman, Mayer, Mary Pickford and Joseph Schenck.

The 1st Academy Awards ceremony, presented by the Academy of Motion Picture Arts and Sciences (AMPAS), honored the best films of 1927 and 1928 and took place on May 16, 1929, at a private dinner held at the Hollywood Roosevelt Hotel in Los Angeles, California. AMPAS president Douglas Fairbanks hosted the show. Tickets cost $5 (which would be $69 in 2016 considering inflation), 270 people attended the event and the presentation ceremony lasted fifteen minutes. Awards were created by Louis B. Mayer, founder of Louis B. Mayer Pictures Corporation (at present merged into Metro-Goldwyn-Mayer). It is the only Academy Awards ceremony not to be broadcast either on radio or television.

How times have changed! I used to watch the Oscars every year, at least until 11:00, however, I haven't watched in years. But how about you? Did you watch the awards ceremony last night? And if so, did you stay up for whole thing?

Thanks for visiting and have a great week!
Posted by Maria McKenzie at 11:20 AM 5 comments: 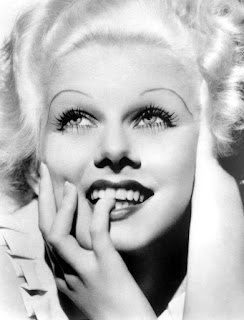 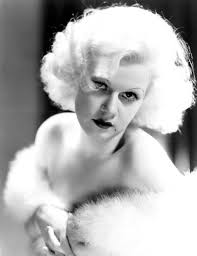 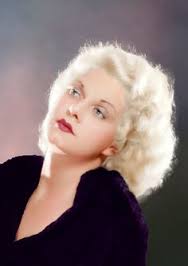 Thanks for visiting and have a great week!
Posted by Maria McKenzie at 12:44 PM 7 comments: 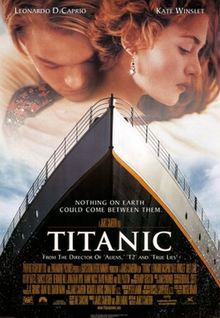 Yesterday was Valentine's Day and romantic movies played on television all day. Hands down, my favorite romantic movie is Titanic. I love the story of Jack and Rose.

Poor little rich girl Rose (Kate Winslet), whose family fortune is lost, is being forced by her mother to marry a handsome millionaire Cal (Billy Zane),who's also an abusive cad. But Rose falls in love with honorable poor boy Jack (Leonardo DiCaprio), who has nothing to offer her but love. The ending is bittersweet, but Rose does manage to disentangle herself from the clutches of the cad.
The movie opens in the present and is told in flashback. And by the way, the flashback takes place on the Titanic before, during, and after its sinking.

Romance, excitement, and adventure are found in this motion picture and it truly is unforgettable!
I'm not much of a movie reviewer, so to learn more about Titanic, click here. But most likely, you've already seen it. If not, and you're a sucker for a good romance, you have got to see it!

So, that's my favorite romantic movie! What's yours?
Posted by Maria McKenzie at 7:58 PM 2 comments: 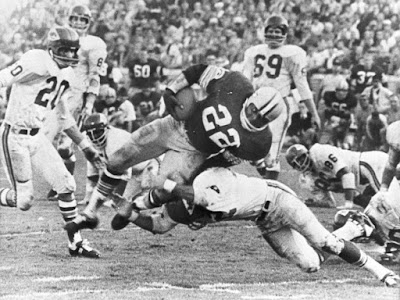 The AFL-NFL Merger
With professional football's popularity on the rise in the late 1950s, the American Football League was founded in 1959 to compete and also to bring football to new markets. The AFL had teams in new areas like Houston, Buffalo and Kansas City, and were able to steal away top talent from the NFL. The two separate leagues finally decided to merge in 1966, but wouldn't play each other during the regular seasons for four more years (the merger was finalized in 1970).
The two leagues did create a championship for the separate leagues to compete in and determine who was the best team that year. This began in 1966.
It Wasn't Called the Super Bowl
The first championship game was actually called the First AFL-NFL Championship Game and became known as Super Bowl just one year later.
The next year, Super Bowl 4 was the first time the championship game used the now famous title.
Remember those Chiefs that were crushed in the first big game? Lamar Hunt, the owner and founder of the team and of the AFL itself, had been using the term "Super Bowl" for years. Hunt would later explain that his daughter had a toy called the "Super Ball" and he tweaked the name. The media caught on, and eventually, the unified NFL-AFL did as well.
The First Championship Wasn't the Spectacle It Is Today
Let's be clear, this was a big deal. It was broadcasted on two networks, who both used their own announcers, not like today. And it wasn't even close to being a sellout. The game took place at the LA Coliseum and out of the 94,000 available seats, a third were empty. The tickets also cost $12.
The entertainment also wasn't Beyonce or Lady Gaga, but the University of Arizona marching band. The halftime show starred Al Hirt, a famed trumpeter, and men with jet packs.
A lot has sure changed in 50 years.

I'll say a lot has changed in 50 years! What do you think? Thanks for visiting and have a great week!
Posted by Maria McKenzie at 5:39 PM 2 comments:

Back in 1974 I saw the movie That's Entertainment, and from then on was fascinated by Hollywood's Golden Age. As a kid, I loved watching old movies and reading any books about that glamorous time in Hollywood history.

The Image Makers: Sixty Years of Hollywood Glamour, by Paul Trent, was one of my favorite books, and it featured a spectacular variety of movie star photos from years gone by.

Loretta Young, without a doubt, is one of the most beautiful actresses to ever grace the screen. As young girls, this particular photo (left, found in The Image Makers) was what my sister and I aspired to look like--figure wise, anyway. We hoped that, when we grew up, we'd each have a perfect bust line just like Loretta Young's.

As an adult, perhaps a couple of decades later, I read a Loretta Young biography.  In it was discussed how she'd always been thin, so thin, that during publicity shoots in her teens, she'd have to be padded with foam at the chest and hips to provide her with the appearance of curves. No wonder my sister and I never achieved that look of perfection! Apparently, Miss Young hadn't either, at least not naturally.

Falsies have been around for years. Wikipedia says that in the Victorian Era, girls were considered grown-up upon reaching the age of fifteen. However, many girls had not developed large enough breasts to fit into adult clothes, therefore bosom pads were used.

Times have changed. Nowadays, surgical enhancement is common place, and anyone can look like Jane Russell!  Not familiar with her? Here's an amusing story from Wikipedia:

In 1940 Russell was signed to a seven-year contract by film mogul, Howard Hughes, and made her motion-picture debut in The Outlaw (1943), a story about Billy the Kid that went to great lengths to showcase her voluptuous figure.

Although the movie was completed in 1941, it was not released until 1943 in a limited release. It finally was released to a wide distribution in 1946. There were problems with the censorship of the production code over the way her ample cleavage was displayed.

Contrary to countless incorrect reports in the media since the release of The Outlaw, Russell did not wear the specially designed under-wire bra that Howard Hughes had designed and made for her to wear during filming. According to Jane's 1985 autobiography, she said the bra was so uncomfortable that she secretly discarded it and wore her own bra with the cups padded with tissue and the straps pulled up to elevate her breasts.

Even Jane had to use a little artificial padding to achieve the right effect.

Lots of different surgical enhancements are available to consumers, yet there's one I don't understand: The Butt Implant.  Once a woman hits a certain age (somewhere in her late twenties or early thirties), her butt will start to get big all by itself! Just sayin...