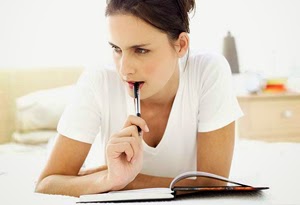 Have you broken any rules of writing lately?

Thanks for stopping by, and have a great week!
Posted by Maria McKenzie at 8:54 PM 3 comments:

As a kid some of my favorite shows were about cops, private eyes and  spies, like Mission Impossible, The Man From U.N.C.L.E., Hawaii Five-O, and Mannix. And once, because of a job related incident while a librarian, I was questioned by the FBI and then subpoenaed to be a federal witness, which was a fascinating experience.

I'm taking a small departure from historical fiction as I work on my next book, which is a contemporary comedic mystery that involves a female private investigator.

However, since I am a history lover, I wanted to learn about the very first female private eye. Her name was Kate Warne (1833-1868), and here's part of her story from Wikipedia:

Described by Allan Pinkerton as a slender, brown haired woman, there is not much else known about Warne prior to when she walked into the Pinkerton Detective Agency in 1856. Born in New York, Warne became a widow shortly after she married. Warne was left as a young childless widow in search of work. In answer to an ad in a local newspaper, Warne walked into Pinkerton's Chicago office in search of a job. There is still debate whether or not she walked in with intentions to become a detective or just a secretary. Women were not detectives until well after the Civil War. Pinkerton himself claimed that Warne came into his agency and demanded to become a detective. According to Pinkerton's records, he

Warne's arguments swayed Pinkerton, who at 10 o'clock on the morning of August 23, 1856, employed Warne as the first female detective.[3] Pinkerton soon had a chance to put Warne to the test. In 1858, Warne was involved in the case of Adams Express Company embezzlements where she was successfully able to bring herself into the confidence of the wife of the prime suspect, Mr. Maroney. She thereby acquired the valuable evidence leading to the husband's conviction.[4] Mr. Maroney was an expressman living in Montgomery, Alabama. The Maroneys stole $50,000 from the Adams Express Company. With Warne’s help, $39,515 was returned. Mr. Maroney was convicted and sentenced to ten years in Montgomery, Alabama.
For the rest of her story click here.
Had you ever heard of Kate Warne?
Thanks for visiting and have a great week!
Posted by Maria McKenzie at 12:27 PM 9 comments: 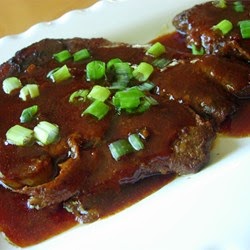 I love pork chops and that's one food that my whole family likes. I haven't tried this recipe yet, but I'm planning to this week. Thought I'd share it today; it's from Allrecipes.com and looks pretty easy and sounds really good. I especially love the 5 minute prep time! It also a hint of Asian influence--that's always a winner with my family. Enjoy!

Do you have a favorite pork chop recipe?

Thanks for visiting and have a great week!
Posted by Maria McKenzie at 10:32 AM 4 comments: 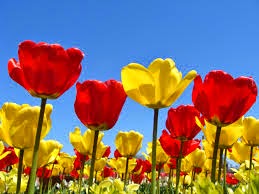 Enjoy the spring and the beautiful weather it brings along! Will be back April 13th.
Posted by Maria McKenzie at 12:54 PM 3 comments: