The Wednesday Discussion: "Are You Published Yet?" 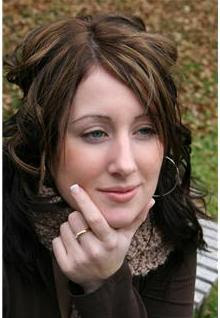 "Success is that old ABC--ability, breaks and courage." Charles Luckman

"Have you been published yet?" For "pre-published" writers, this is a question often asked by friends and relatives. After the first six query letters are sent off, new writers think that at least one of those agents, if not all, will be chomping at the bit to sign them on--WRONG!

The road to publication is a long process and for most of us, this probably wasn't realized until after the 20th rejection letter was received!

Sending an average of 50 or more is the norm.  That can be pretty depressing, especially when those near and dear keep asking if you've been published.  But after a year or more of saying no, they eventually stop.

Well wishers haven't lost hope in our writing, they just don't want to make us feel bad, and whether you know it or not, they're behind the scenes quietly rooting and praying for our success.

When the asking stops and the rejections keep coming, it's important that we don't lose hope in ourselves.  Agent Jeff Herman says, "No rejection is fatal until the writer walks away from the battle leaving dreams and goals behind."

So keep improving your God given ability through continuously writing, reading and taking classes. Despite rejection, have the courage to go on.  And in closing, have faith that your break will come!

Have you been published yet? If so, how did it feel to say yes for the first time?
Posted by Maria McKenzie at 11:34 AM

Too true. I hate it when people (non-writers) ask me if I'm published yet--or assume I already am because an agent looked at a full. Even my sister said, "Oh, I thought you already had an agent." Other writers understand it's not that easy, and not that fast!

I think most people think books are published as easily as they are bought. There's no changing the perception, so I share more on my blog than I do with those around me.

Wow, I really needed to read this! I'm not published and have been getting frustrated at the constant parade of questions about "when I finally will be." Only writers can understand the time line, effort, and persistence that must occur before we get there!

I felt happy. Then I got published again. And that was cool too.

I don't mind being asked, it's a normal question. I personally don't see being asked as a bad thing.

Happy Writing, Guys. I've got my Wimpy Hat and my Wonder Woman cup of coffee in hand ... it's time to kill some monsters in my manuscript.

Enjoy your day. And enjoy your writing.
Peace.

On October 22, I signed a contract with Wild Child Publishing to have my book published as an e-book. How do I feel? At the time I found out, I felt elation and disbelief. I don't know if it's really sunk in yet what's about to happen. It's what every writer dreams about. I'm sure I have friends and relatives that will buy and read my book, but if I can gain one stranger, one new reader to enjoy what I've written, it's all worth it.

Yeah, been there, done that and now back on the treadmill of subbing again. My excuse a serious riding accident, change of editor and death of lit agent. It don't get much worse than that, and it ain't no easier to break back in to publishing than it is a newbie. ;)

I got a couple of short stories published!! That was nice!! LOL!!!

Oh but it'd be nicer to say yes for the first time!!!!

As soon as I mentioned I write, someone asked me ..whats the name of your book? lol! Not published yet! But surely it would be nice to tell....

I've not sent any mss off yet, too busy polishing, but it feels like wow! when I get short stories published and get paid for it even! Great post.:)

oh that question gets me everytime and i really needed this post.
I was this close to walking away yesterday, it was one of those writerly days when everyone decided it was kick the author who's already down. Luckily those kicks were not physical and I'm back up today- I feel good about being a writer and i love my life

Hi Joanna. I'm sorry you experienced a kick the author who is already down. That bites. But ... I'm very glad to read that you're back up. Go you.

@William: From what I've read in your blog, I think a publisher will be interested!

@Carol: Only writers understand that there is no over night success!

@Kittie: Blogging is a great outlet for sharing ups and downs with other writers!

@Saumya: That time line varies, but it's always long. People don't realize that even bestselling authors faced a lots of rejections.

@Happy Whisk: What a great feeling! I don't mind being asked, I just get sick of saying "not yet." I look forward to the day I can say yes:)!

@Larry: Congrats on being published! Won't it be great to hear from someone (not a friend or relative) who loves your book?!

@Francine: Wow! You've been through a lot. Hopefully, being previously published will help open doors that are completely closed to newbies.

@Nas: I'm with you! One day it will be nice to tell the name of my book and where it can be bought!

@Joanna: Sounds like a rough day for you, but you bounced back! Never walk away--keep that dream alive:)!

Maria--I've published sixteen novels. It's been a wild ride on the old crazy train, but worth every minute.

I don't know if you've been following the debate or not (I blogged about it), but there are actually people over at WD who think talent is an unnecessary factor in getting published. It's unreal!

William, on the other hand, will make it. The man has talent in abundance. I knew he was a writer before he told me.

Norma,
That is so awesome to have published 16 novels!!

I haven't been following the debate, but I did pop by your blog and leave a comment on that insightful post!

I can't believe some think talent isn't necessary to getting published!

So true! I'm still in the rejection phase of my future writing career! Oh, and there's an award for you on my blog.

Random aside - I made that curry sweet potato soup and it was delish!

Hi, Alexia! The rejection phase is a bummer, but all of us there have to keep up the hope:)!

Thanks so much for the award! That makes my Friday!

Glad you liked the soup--I'll be making some Sunday;).