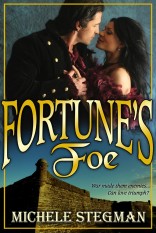 Before jumping into today’s post, please stop by author Michele Stegman’s blog, Thoughts From the Writer’s Block.  Michele writes historical and contemporary romantic fiction and she recently interviewed me about my novel, The Governor’s Sons.

Michele told me that when she read The Guv it made her think, because instead of portraying blacks in the 1930’s South as poor and downtrodden, I’d chosen to portray them as college educated or in the midst pursuing college degrees.

The stereotype of blacks as poor and struggling was perpetuated in Hollywood until the advent of The Cosby Show in the 1980s!  Myrna Loy even mentioned to film executives during her Hollywood heyday, "Why does every black person in the movies have to play a servant? How about a black person walking up the steps of a court house carrying a briefcase?" (From her biography Being and Becoming).

Without further ado, onto Myrna Loy, the topic of today's post, and one of my very favorite actresses!  I thought she'd be fun to write about because of the mixed race issues I sometimes discuss here.  Although not of mixed race heritage, Ms. Loy’s early films often portrayed her as such.

Trained as a dancer, Myrna Loy devoted herself fully to an acting career following a few minor roles in silent movies. Because of her looks, she was originally typecast in exotic, mysterious roles.  However, when you think of her as the wealthy Nob Hill heiress, Nora Charles from the motion picture detective series, The Thin Man (based on Dashiell Hammett's novel by the same name) that’s hard to believe!

It was during her silent days that she was cast mainly as vamps or femme fatales.  Although born Myrna Adele Williams in Helena, Montana (of Welsh, Scottish and Irish descent) Ms. Loy frequently portrayed characters of Asian or Eurasian background.  Some of those early films include Across the Pacific, A Girl in Every Port, The Crimson City, The Black Watch and The Desert Song.

She later recalled that those roles "...kind of solidified my exotic non-American image." And it took years for her to overcome this stereotype.  As late as 1932 she was cast as a villainous Eurasian in Thirteen Women.  (I actually saw this movie several years ago, and Ms. Loy  played the heck out of that role!)  She also played a sadistic Chinese princess in The Mask of Fu Manchu, opposite Boris Karloff. To see some of Myrna Loy at her vampish best in Thirteen Women, click here.

Prior to her early thirties vamp roles, she had small parts in some musical films, yet because of those, she became associated with musical roles.  And when those early musicals became less popular with the public, Ms. Loy’s career declined.

In 1934, Loy appeared in Manhattan Melodrama with Clark Gable and William Powell. Gangster John Dillinger was shot to death after leaving a screening of that movie at the Biograph Theater in Chicago.  After that, the the film received widespread publicity. Some papers even reported that Loy had been Dillinger's favorite actress. (As an aside, if you haven’t seen Johnny Depp in Public Enemies as John Dillinger, that film did a great job of portraying what happened at the theater very realistically—great movie, worth renting!)

Later in 1934, Loy was cast as Nora Charles in The Thin Man.  That film's director chose her after he detected a wit and sense of humor that lay untapped in her previous films.

The Thin Man became one of  1934’s biggest hits!  It was even nominated for the Academy Award for Best Film.  Ms. Loy received outstanding reviews, and in addition was acclaimed for her comedic skills. She and costar William Powell became a popular screen couple and were paired in 14 films together.  Loy later said of  The Thin Man "that [film] finally made me... after more than 80 films.” What a journey she had from exotic temptress to refined socialite!

Are you a Myrna Loy fan, too? If so, what’s your favorite Myrna Loy movie? Mine is The Bachelor and the Bobby-Soxer! Thanks for visiting!
Posted by Maria McKenzie at 2:19 PM

Email ThisBlogThis!Share to TwitterShare to FacebookShare to Pinterest
Labels: Being and Becoming, Michele Stegman, Myrna Loy, The Governors Sons, Thoughts From the Writer's Block

I have heard of beautiful and amazing Myrna Loy and now want to seek out the Thin Man! I think she was in The Best Years of Ours Lives - that was a wonderful film! Take care
x

I love The Best Years of Our Lives--it was a wonderful film, and quite a tear jerker!

I'm a big fan of the Thin Man. And I loved her work with William Powell particularly in another one of their teamups, I Love You Again.

I've never seen I Love You Again--will have to check it out!

William Powell plays a pillar of society who gets knocked on the head and wakes up... remembering that he's actually a con man. It's brilliantly funny.

As I write about my Irish heritage, I find it such a struggle to avoid Irish stereotypes without glossing over them. As hard as I work to avoid reinforcing the idea that the Irish are all drunks, I have to acknowledge that most Irish people I know have been deeply impacted by alcoholism in themselves or their families. I applaud your ability to walk that line!