I am thrilled to have a very special guest joining me today!  Robert Masello is an award-winning journalist, television writer, and author of many bestselling books of both fiction and non-fiction.  His most recent work is the historical thriller The Romanov Cross, published by Bantam/Random House.  The release date is March 5, 2013, and the book has received starred reviews in Kirkus, which praised its “delicious sense of creeping dread,” and in Publishers Weekly, which said: “Masello skillfully weaves together the story of the deaths of the Romanov family and the possibility of a new worldwide influenza pandemic . . . Toss in a pack of slavering wolves, the undead, and a chilling ending, and the result is a terrific, can’t-put-it-down read.”

I am eagerly awaiting my pre-ordered Kindle copy! Mr. Masello, thank you so much for the opportunity to interview you!  Your novels are page turners that combine the elements of thriller, romance, paranormal and historical.  So please tell us about your latest work, The Romanov Cross.
“Thanks so much for your kind words about all the disparate elements that come together in my books -- but that’s also been my problem for years!  My books do tend to cross so many boundaries that neither publishers, nor bookstores, always know how to categorize them or where to stock them on a shelf.   This one features the end of the Romanov dynasty, the strange fate of Anastasia, the rise of the 1918 flu epidemic, and a contemporary love story between a disgraced Army epidemiologist and an Inuit woman intent on preserving the ancient ways of her people at the same time that she helps them to adjust to the changing climate, in every sense, of the modern world.” 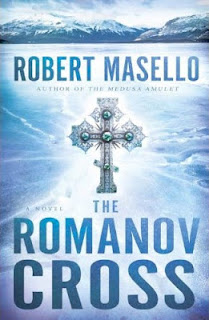 What inspired the story?
“There’s always some kernel in the news that catches my attention, and in this case it was the fact that global warming had caused the tundra to start to thaw. What would happen, I wondered, if the bodies of Spanish flu victims, perfectly preserved in the frozen soil, also began to thaw?  Could the virus have been lying dormant all this time?    And could it be re-released into the world?”

Part of the novel takes place one hundred years ago and involves a member of Russian royalty, while the other part occurs in the present, centering on a U.S. Army epidemiologist in Alaska. Share with us some of the research you did for The Romanov Cross.
“I took months just to read tons of books, and watch lots of movies (“Dr. Zhivago” among them)  in order to get the history and the visual landscape of the story into my head.  I’d say the research took way more time than the writing, actually -- not that the writing was a breeze.”

You’ve written books that cover several time periods, so I take it you’re a history lover! Part of The Medusa Amulet unfolds in Renaissance Italy, and some of Blood and Ice in Victorian England.  In a previous interview I read, you said “writing the period details and historical portions is easier and more enjoyable than the contemporary scenes.”  For you, why is that? And also, what is your favorite time period?
“It’s because I still can’t figure out how to program my DVR or re-set the microwave clock.  The modern world baffles me, and I still don’t know exactly what a Tweet looks like.  But the past is past, it’s done and set in stone, and if I research it, I can probably convey it well enough to carry the reader along for the length of the story.  I particularly love Victorian England, which I did indeed feature in my vampire-inflected romance, Blood and Ice.” 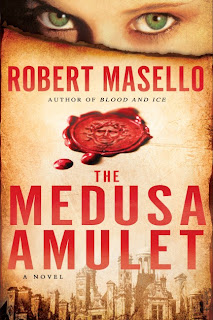 I’m assuming that research is a favorite part of the writing process for you, but what do you enjoy most (plotting, dialogue, creating characters and their worlds, etc.)?
“Plotting is the worst, the absolute worst!  It’s what keeps me up nights (as it does most novelists).  Writing dialogue can be fun, especially because you never know what your characters might say next.  Mine tend to be too nice and get along too well -- I’m always having to prod them into conflict of some kind.”

It seems that your novels have an element of darkness to them.  You’ve even written two popular studies of black magic and the occult, Fallen Angels and Spirits of the Dark and the companion volume, Raising Hell: A Concise History of the Black Arts and Those Who Dared to Practice Them.  How did you develop an interest in “the dark side”?
“Blame my mother, who raised me on spooky stories and Gothic romance.  Wuthering Heights remains one of my all-time favorite books -- and movies.  (But I’m talking about the old version, where Laurence Olivier played Heathcliff, and Merle Oberon Cathy.”

Your non-fiction work, Robert’s Rules of Writing: 101 Unconventional Lessons Every Writer Needs to Know,  is one of my absolute favorite books on the writing craft! Not only is the material eye-opening and informative, you deliver it in a humorous way! Any chance you’ll ever write a fiction title with a lighter tone?
“I would LOVE to, and if you ever met me at a dinner party, you’d find me a pretty lively guy -- I swear.   It’s just that when I have to go into a room, all by myself, to write, I get moody and darker.    In nonfiction, I can conjure up something closer to my spoken voice, but I’ve never been able to get it onto the page in a novel -- at least to my own satisfaction.  (But then I’m one of those writers who is never satisfied with anything he’s ever done.)” 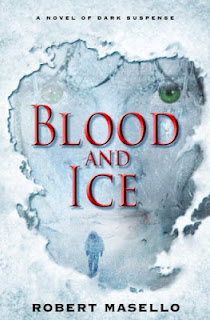 Some authors write complex character studies and create spreadsheets when they’re working on a novel.  Others tend to make a brief outline, then let their characters lead the story. (BTW, readers, “Let Them (characters) Lead the Way” is rule number 41 in Robert’s Rules).  And some writers just fly by the seat of their pants!  Do you consider yourself a plotter, a pantser, or somewhere in between?
“I start out knowing where the novel begins and where it ends (sort of), but the middle is a muddle.  I WISH I could do a proper outline of the action, but even when I’ve tried, I never wind up sticking to it.”

What is your writing routine?  Do you write a certain number of words each day?
“I try to get 1000 words a day -- around 4 typed pages.  And I try not to let myself do anything for fun (like watch “Downton Abbey”) until I’ve done my quota for the day.   Most of the time, I write at night, though, when the phone stops ringing and the e-mails stop coming.”

Is there anything you struggle with while writing?  Also, do you ever suffer from writer’s block?  If so, how do you overcome it?
“For me, it’s not so much writer’s block as it is thinker’s block.  I get stuck not knowing what happens next in a novel, and I can wind up staring at the walls for days, trying to figure out where the story is supposed to go.  Eventually, I always get past it, one way or the other, but writing is always a struggle.   I wanted to be F. Scott Fitzgerald by now.” 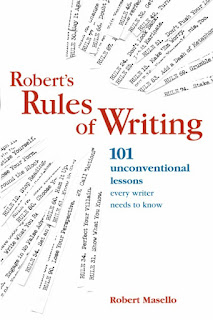 How has your background in journalism influenced your fiction writing?
“It taught me to meet my deadlines and get some writing done, even if it’s only little, each day.  It took some of the mystique out of being a writer, and taught me to approach it more as a craft.  Journalists get used to cranking it out, turning it in, and moving on.”

Now you are a multi-published bestselling author, but do you have any rejection stories you’d like to share? Also, tell us about your first break.
“Rejection is just part of the process.  You get turned down all the time in this business, and often for reasons that have nothing to do with the quality of your work.  You have to learn (not that I have) to let it roll off your back, and plow ahead.  I’m a delicate flower, and I even hate to read my Amazon reader reviews, lest I come across someone who really didn’t like my book.  If I get ninety-nine good reviews, and one bad one, the only one I remember is the bad one.   It’s why I’m in therapy.”

What’s next for you?
“I wish I could say.  Right now I’m resting between books, and, frankly, trying to get past my divorce.  I’m hoping to use that dreadful experience in my next book.  Why not get something out of it, besides legal bills and anguish?  Who knows -- I might even be able to write that light-hearted, funny novel about a middle-aged guy who’s trying to learn how to date all over again.  It ain’t easy, I’m discovering.  If I ever had moves, which is doubtful, I’ve forgotten them now.”

Experiencing a trial seems to increase the flow of creative juices.  And creative outlets prove therapeutic in a time of crisis!  We look forward to your next book—perhaps a romantic comedy!

Another huge thank you to Mr. Masello! The Romanov Cross hits stores March 5! Readers, what is your favorite time period in the novels you read? I'm sure Robert Masello has it covered!  And writers, do you ever experience writers block? Btw, if you don't own a copy of Robert's Rules of Writing, it's worth having!

Thanks for visiting and have a great week!
Posted by Maria McKenzie at 10:29 AM

"What would happen, I wondered, if the bodies of Spanish flu victims, perfectly preserved in the frozen soil, also began to thaw?"

Now there is a scary premise! Thanks for a great post - I definitely want to read these books.

Maria, thanks for mentioning Robert's Rules of Writing - how did I miss that one?

I do like the phrase "thinker's block"! Sometimes I have a story but then I struggle with the nitty gritty just as I get started! LOL!!

Thanks for the fab and informative interview!!

You're welcome, Kitty. I've been there with "thinker's block". Sometimes opening the story is the hardest part!

Oh, I love me a good historical. My absolute favorite type of book. Yours, Robert, eem to be fantastic.

I'm sorry to learn you've been through such a bad experience lately, that is really tough. I hope your life start anew and that you will have much joy and creativity to look forward to int he future.

Meanwhile, I shall be looking out for your books.

Sorry for the badly spelled comment. My S is up to mischief today!

What a great interview. That Romanov Cross story sounds fascinating! In fact it is all so interesting. Thinker's block for example. I have that all the time! LOL

Thanks, Eve! Thinker's block even seems to hit me when I go to pantry--now what was I looking for...;)

What a great interview. I agree, plottings the worst...

What a great interview, I learnt so much!

Congratulations on the release Mr Masello and all the best! Your books sound so interesting!

@Sandra: Hi, Sandra! Yeah--you get the story idea, but working it out from A-Z is the challenge!

Thanks, William! I thought The Romanov Cross sounded like something you'd enjoy:).