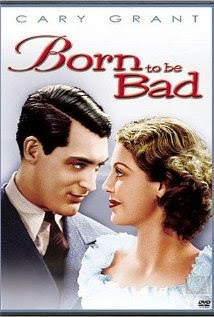 Just the other day, my fourteen year old complained about not being allowed to watch rated R movies. He said, “You and Dad are I’m too overprotective and not giving me a chance to see what life’s really like.” Excuse me for being a parent. Instead of letting him watch today’s restricted movies, perhaps I’ll let him watch some of these:

Other Men’s Women, 1931
Events take an unhappy turn for two Bill and Jack, two locomotive engineers, after Bill is attracted to his best friend's wife.
Safe in Hell, 1931
After accidentally killing the man who raped her and forced her into prostitution, a New Orleans woman flees to a Caribbean island. While she awaits her fiancé, the vicious local police chief sets his sights on her. 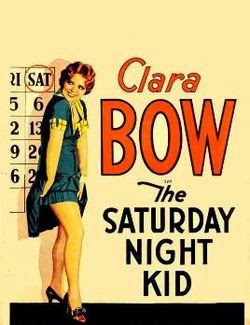 I haven’t seen enough Pre-Code movies to have a favorite, but I’d love to see Born to be Bad. Maybe I’ll watch it with my fourteen-year-old so he can learn what kind of women to avoid!

Thanks for visiting and have a great week!
Posted by Maria McKenzie at 2:34 PM

Much as I hate to say this, women ARE the ones responsible for the success of Fifty Shades of Grey....

May West was a very pre-code gal.

The Code, such as it was, always struck me as a very reactionary, we know what's best for you bit of nonsense.

@Kitty: I love those gangster films! When James Cagney pushed the grapefruit in Mae Clark's face in The Public Enemy, it wasn't rehearsed--she was as stunned as the audience!

@Shelly: Ah, how Ms. West could push the envelope!

@William: Yeah, ridiculous. The powers behind the Code reasoned that they could save audiences from themselves.

I might've read something about the lack of movie ratings prior to 1934, but never realized so many took advantage of it! I can sympathize with your son, though- I wasn't allowed to watch R rated movies, either, and it seemed like I was the only one! In retrospect, I don't think I missed much.

Hi Maria, just stopping by to say how delightful your blog is. Thanks so much for sharing. I have recently found your blog and am now following you, and will visit often. Please stop by my blog and perhaps you would like to follow me also. Have a wonderful day. Hugs, Chris
http://chelencarter-retiredandlovingit.blogspot.ca/

Hi Chris! Thanks so much for stopping by:). Glad you've enjoyed my blog. I'm on my way to visit you!

Cool article! I remember a Busby Berkeley scene--though the title escapes me at the moment--where he had topless gals sitting on wings of aeroplanes showing off miles of leg and singing and dancing on the wings!

I'm pretty sure they were actually flying!

Hi, James! Thanks for visiting:). OMGosh--it's hard to believe scenes like that were really shot back then! Sounds like it could be a dream sequence in an R movie of today;)!