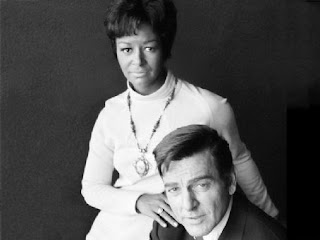 I guess I can't help being nostalgic these days. Last week I featured The Man From Uncle, and this week, Mannix! I loved this P.I. series that starred Mike Conners as private investigator Joe Mannix, and Gail Fisher, who played his trusty secretary Peggy Fair.

Gail Fisher was one of the first black women to have a substantive part in an American TV series, and for her role in Mannix, she won two Golden Globe Awards and an Emmy Award. Mannix aired from 1967-1975, and perhaps one of the reasons I enjoyed watching it was because of Gail Fisher. I was just a kid back then, and there weren't too many women who looked like me on television.

If you're not familiar with the series, here's some information from Wikipedia:

Mannix worked on his own with the assistance of his loyal secretary Peggy Fair, a police officer's widow played by Gail Fisher. He also has assistance from the L.A. police department, the two most prominent officers being Lieutenant Art Malcolm (portrayed by Ward Wood) and Lieutenant Adam Tobias (portrayed by Robert Reed). Other police contacts were Lieutenant George Kramer (Larry Linville), who had been the partner of Peggy's late husband, and Lieutenant Dan Ives (Jack Ging). 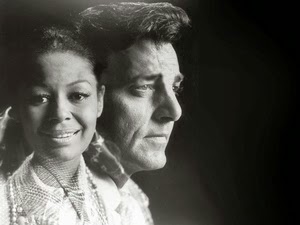 While Mannix was not generally known as a show that explored socially relevant topics, several episodes had topical themes, starting in Season Two. In Season Two alone, there were episodes featuring compulsive gambling, deaf and blind characters that were instrumental in solving cases in spite of their physical limitations, and episodes that focused on racism against blacks and Hispanics. Season Six had an episode focusing on the effects the Vietnam War had on returning veterans, including the effects of PTSD.


Joseph R. "Joe" Mannix is a regular guy, without pretense, who has a store of proverbs to rely upon in conversation. What demons he has mostly come from having fought in the U.S. Army during the Korean War, where he was initially listed as MIA while he was a prisoner of war in a brutal POW camp until he escaped. Unfortunately, over the length of the series, a sizable percentage of his old Army comrades turn out to have homicidal impulses against him, as did his fellow running back from his college football days.


During the series, it is also revealed that Mannix worked as a mercenary in Latin America. Like the actor who plays him, Mannix is of Armenian descent. Mannix was shown to speak fluent Armenian during the series, as well as conversational Spanish. Mannix is notable for taking a lot of physical punishment. During the course of the series he is shot and wounded over a dozen separate times, or is knocked unconscious around 55 times.


Mannix frequently took brutal beatings to the abdomen; some of these went on quite a long time, particularly by the television standards of the era. Whenever Mannix gets into one of his convertibles he can expect to be shot at from another car, run off the road by another car, or find his vehicle sabotaged. Nevertheless he keeps his cool and perseveres until his antagonists are brought down.

The excitement was non-stop! Did you watch Mannix and enjoy it as much as I did?
Thanks for visiting and have a great week!
Posted by Maria McKenzie at 5:35 PM

I'd vaguely heard of it in the past, but this is as much detail as I've heard of it until now.

This show was before your time;). You'll have to catch some re-runs.

I remember it! It was one of my mom's favorites.

I liked watching this one, too.

@Norma: My dad and my sister liked it, too! I think it had too much action and violence for my mom;).