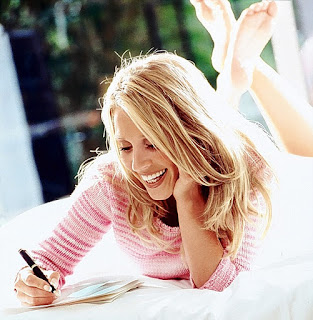 I was giving someone a little writing advice last week and this post came to mind. If you missed it the first time around, hope you'll find it useful now!

Remember, smooth flow and naturalistic dialogue keep the pages turning! Have you broken any rules of writing lately?

I always break them. When my first book was published, I got a long letter from a grammar cop, pointing out ever mistake I'd made (most of in in the dialogues, which was meant to sound as the characters would speak). I corrected all the errors in her letter and sent it back to her!

That's so funny--I would've loved to have seen the expression on her face when she opened her corrected letter! Realistic sounding dialogue always breaks the rules;).

Realistic dialogue has to break the rules. No one speaks in precise English boarding school style grammar.