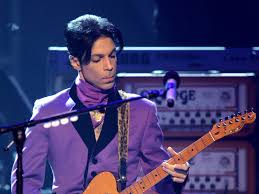 What a shock to hear that Prince died last week. I was never a die hard fan, but his music was fun to dance to back in the day. At only 5' 2", Prince was a true entertainer, talented musician and prolific songwriter. Ever wonder how he developed his style and that signature flash of his? Here's an interesting article from People.com that tells how: 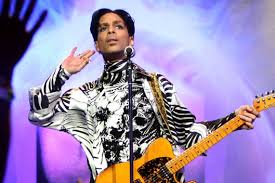 What prompted the flashy, eccentric persona that helped make Prince a king of the music world? The singer reveals he was compensating for a painful childhood struggle with epilepsy. 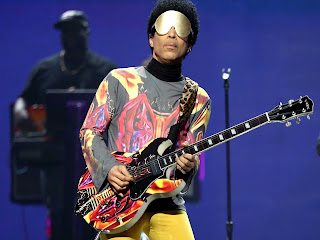 "I've never spoken about this before but I was born epileptic," the reclusive singer told PBS's Tavis Smiley in an interview Monday night. "I used to have seizures when I was young. My mother and father didn't know what to do or how to handle it but they did the best they could with what little they had."Prince also cites divine intervention for helping him cope with his epilepsy. "My mother told me one day I walked in to her and said, 'Mom, I'm not going to be sick anymore,' and she said 'Why?' and I said 'Because an angel told me so.' Now, I don't remember saying it, that's just what she told me." But his struggle didn't end there. "From that point on, I've been having to deal with a lot of things, getting teased a lot in school," he said. "And early in my career I tried to compensate by being as flashy as I could and as noisy as I could."

Are you a Prince fan? Thanks for visiting and have a great week!
Posted by Maria McKenzie at 12:35 PM

Yes. I was a Prince fan.back in the day. Still have his CD's.

Quite a loss to the music world.

@Shelly: He was truly an entertainer!

I heard he didn't like swearing and had a cuss jar, which he was very serious about. Offenders had to put $3-10 in the jar, depending on how bad the cussing was.

I'm epileptic, too, and I saw several tributes to him on the epilepsy sites and Facebook pages.

@Norma: I learned that he was a Jehovah's Witness, so the cuss jar doesn't surprise me;). I imagine he's an inspiration to the epileptic community.