Playing it Safe With the Muse 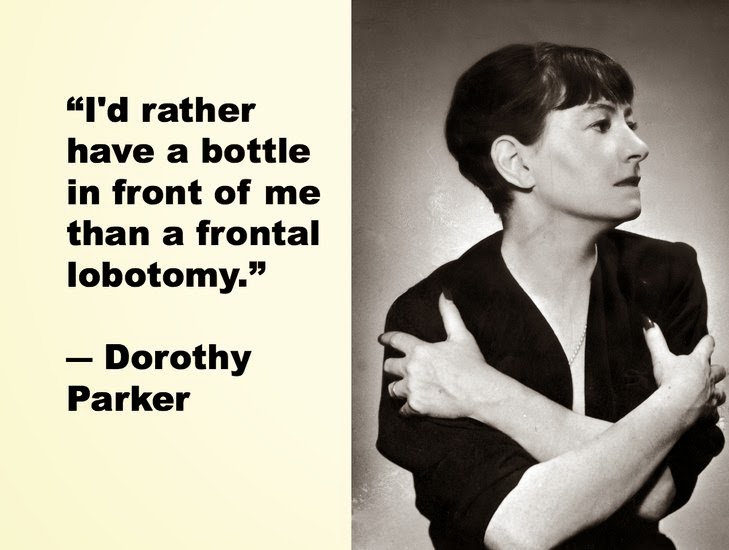 "Of all the ways writers find to waste time, waiting for the muse to show up has to be the most common, and fruitless, of them all."  Robert Masello from Robert's Rules of Writing (Rule 9:  Lose the Muse)

I think "the muse" is good old fashioned imagination--nothing more, nothing less.  And imaginations can create great stories all by themselves, or be inspired by some form of external stimulation.  A talk show topic, news story, conversation, painting or photograph can easily get those creative juices flowing.  And just asking the question "what if?" in any situation can open the door to a fascinating narrative.

Not only do I think of imagination as "the muse," I see it as "the safest muse."  Finding this elusive creature in a bottle or a pill (or a combination of the two) can lead to devastating circumstances.

Unfortunately, many of the greatest American writers were alcoholics.  Several died young from complications due to their addictions, while others committed suicide, or attempted it, often more than once.

Did their addictions enhance their artistic abilities, or was alcohol just used as way to self-medicate from the other problems in their lives?

I don't know about you, but based on the lives of some of the aforementioned writers, I think playing it safe with "the muse" can lead to a longer, healthier, happier life!

What do you think?

Thanks for stopping by and have a great week!
Posted by Maria McKenzie at 8:45 PM

I don't drink, period. I've sampled enough from wine to whiskey, and I just don't like the taste of the stuff.

That's great! I don't drink either, other than very sweet wine that tastes like soda pop occasionally.