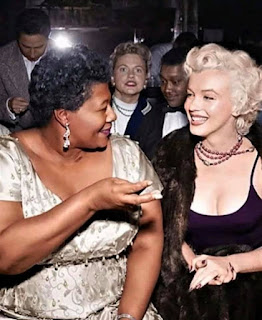 I must again thank my Goodreads Friend Damon Evans for this wonderful post! He always passes on such fascinating stories, so thank you, Damon!

If anyone had ever asked me what Marilyn Monroe and Ella Fitzgerald had in common just a few days ago, I would have thought absolutely nothing. After all, what would a legendary African American jazz singer have in common with a 1950s superstar sex symbol? What I recently learned, however, was that these two were great friends and had quite a bit in common!

Here are some excerpts from Biography.com's article on their surprising friendship:

When once asked about her favorite singers, Marilyn Monroe answered, "Well, my very favorite person, and I love her as a person as well as a singer, I think she's the greatest, and that's Ella Fitzgerald." Not only was Monroe a Fitzgerald fan, but she was also a friend who used her status as a Hollywood star to boost Fitzgerald's career. 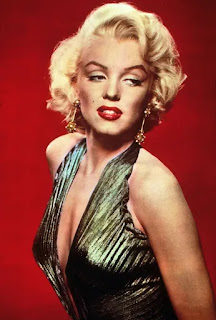 One reason for the connection between Monroe and Fitzgerald may have been the number of life experiences they had in common, beginning with their traumatic childhoods. Monroe grew up during the Great Depression unaware of who her father was and coping with a birth mother who was mentally unstable. She was moved among many different homes and was subjected to sexual abuse.

Fitzgerald was 15 when her mother's death in 1932 upended her world. Her stepfather became abusive, so she went to live with an aunt in Harlem. She left school to earn money, taking jobs, like brothel lookout, that skirted the law. Her truancy led to Fitzgerald being placed in a segregated reform school in upstate New York, where staff didn't hesitate to brutalize residents.

By the 1950s, Fitzgerald's enthralling singing voice had won her fans across the country. But the venues that hired her were often smaller clubs; some places weren't interested in having an overweight Black woman perform for them, no matter her talent. Fitzgerald reportedly once told her press agent, "I know I make a lot of money at the jazz clubs I play, but I sure wish I could play at one of those fancy places."

Movie star Monroe had spent hours listening to Fitzgerald's recordings (a music coach had recommended this to improve the star's own singing). In November 1954, she got to see Fitzgerald perform in Los Angeles. The two were soon friends, so when Monroe learned of Fitzgerald's inability to get a gig at the Mocambo, a famous L.A. nightclub, she decided to help. 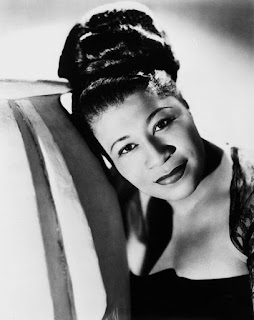 Dorothy Dandridge and Eartha Kitt had already performed at the Mocambo, so Fitzgerald wouldn't have been the first African American to sing there. But the club's owner felt the heavyset Fitzgerald lacked the glamour to draw crowds. So Monroe approached him with a proposition — if he booked Fitzgerald, she promised to sit at the front of the house every night and to bring along other celebrities. Monroe made clear the amount of publicity this would garner, so the club owner agreed to hire Fitzgerald for a couple of weeks in March 1955.

During Fitzgerald's run, Monroe kept her word to sit up front, and Frank Sinatra and Judy Garland showed up on opening night. However, such celebrity firepower wasn't that necessary — Fitzgerald's shows sold out, and the owner even added a week to her contract. This successful engagement changed Fitzgerald's career trajectory. She later told Ms. magazine, "After that, I never had to play a small jazz club again."

As the song goes, that's what friends are for! What a beautiful friendship. For the complete story, click here.

Did you know about this surprising friendship? Thanks for visiting and have a great week!

Posted by Maria McKenzie at 4:00 PM