The Wednesday Discussion: An Interview with Novelist Norma Beishir

﻿Today I’m interviewing Norma Beishir, who’s written 16 novels ranging from romance and thrillers to fantasy/science fiction. Norma’s earlier works, including Angels at Midnight, Luck of the Draw and A Time for Legends, were published through the traditional industry. Now Norma has moved to self publishing with books like Chasing the Wind, Final Hours and An Army of Angels.
Norma, who lives in St. Louis with her son, Collin, offers great advice for newbies trying to break into the competitive world of the publishing industry.  So grab a cup of coffee and enjoy the discussion!


When did you know you wanted to be a writer?

I first began to feel the urge when I was around eight. I fell in love with Charlotte's Web and wanted to be able to make people feel the way that book and those characters made me feel.

That, and the fact that I always liked the fictional worlds better 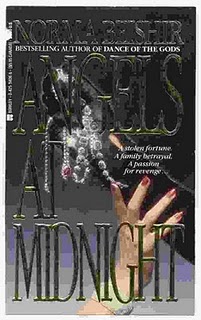 When did you realize you could make a living at it?

(Laughs) The day my agent told me how much she was asking as an advance for my first published novel. It took her fifteen minutes to get me to stop laughing. I thought she was kidding. up to that point, I figured I'd be lucky to get maybe a couple of thousand dollars.

You've said that Sidney Sheldon was your mentor (even though he didn't know it), and that reading him helped you learn your craft. What other writers have influenced you?

Some of the classics. Unlike most writers, I didn't love Jane Austen, but I did love Homer, Dickens, and Hemingway. Jacqueline Susann--she may not have been a great writer, but she was one heck of a saleswoman. She promoted herself right onto the bestseller lists.

I LOVED Judith Krantz's Mistral's Daughter. I wasn't all that wild about her other books, but I have always loved that one!

How does your personal life influence your writing?

I confess to nothing!
Seriously, I think all writers are influenced by real-life. It's unavoidable. When I read Sheldon's memoir, I saw things from his life that were incorporated into his fiction. I've done that, used anecdotes and situations from real life. I've created characters from backgrounds similar to mine. There's a little of me in each of my heroines--and the heroes are all men I could love myself.

You were a romance writer with Silhouette (as Toni Collins), but now write more in the Fantasy/Sci-Fi genre. Why the change?

This is something I've always wanted to do. I wanted to stretch my imagination, and this is the genre in which to do that. Among my favorite movies are the Omen films and The Seventh Sign. And then there's the Indiana Jones films. Indy's my hero! 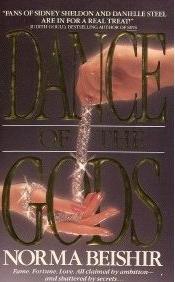 You've written thrillers as well as the above mentioned genres. Tell us about your current project.
Which one? (Laughs) Chasing the Wind is the first in a series involving a man who has, shall we say, special abilities he doesn't understand. Is he a prophet...or is he the result of an illegal experiment. When he marries and is about to have a child of his own, he must face the truth about himself to save his wife and unborn child from the forces of darkness.


Final Hours is a love story. One reviewer called it a love story that's not a romance novel. Jamie Randall is a successful man who appears to have it all--a beautiful wife, twin sons, wealth. Then, trapped in an underground garage during an earthquake with a freelance photographer, Kate McAllister, he starts to question everything he's done. And for the first time in his life, he falls in love.

You're a huge advocate of e-books and self publishing. Why?

Don't get me wrong--I'm grateful to have had the opportunity to have been not only published, but promoted and paid very well for my work. But as you've pointed out, I've switched genres. My agent and publisher were against this. I had proposals that were rejected because they "weren't glamorous." I'm not from that glamorous world, and to be truthful, I have no interest in it. I fought it for a long time before I finally realized I was better suited to today's options in self-publishing.

Honestly, I think this is the future of publishing. Period.

As a published writer, you have a following to self published books. What advice can you give to the unpublished with no following who want to take this path?

Learn to promote yourself and your work online. Join writers communities. Blog, blog, and blog some more. Be a regular presence on Facebook. Amazon and Barnes & Noble, too. join their online communities. Post reviews. The more of an online presence you maintain, the better you'll do. Some first-time authors who have done all of these things are having amazing success.

Do you have an agent right now?

Only for my previous books. Maria Carvainis is and always will be the agent of record for those fourteen novels. 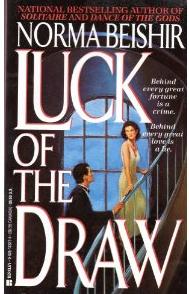 It seems tougher than ever to get an agent. You mentioned once that an agent signed you, even though she said your work was "unpublishable." Of course she saw the potential because she eventually got you signed to a 3 book six figure advance! Wow! In your opinion, what are agents looking for? Any advice to those trying to find agents?
I couldn't begin to venture a guess on that one! I've been out of that loop for a long time now, but I think the bottom line is a good story from a writer who can be a professional--present a well-written manuscript as free of errors and typos as possible. Don't nag, don't make unreasonable demands, be willing to do the work.

Tell us about the writers group you belong to.

It's a small group. We meet once a month at my church. There are seven of us. Four are church members. Two--William and April, join us via Skype. For a church group, we get pretty rowdy sometimes, and four-letter words aren't banned....

What advice can you give to writers on how to improve their craft?

I'm not a big believer in creative writing course. I think the best thing an aspiring writer--or any writer, for that matter--can do is read the types of books they want to write. Learn from favorite authors. That's what I did.

Any words of encouragement to those trying to break in?


Thanks, Maria, for giving me the chance to talk about my work. Hope everyone will stop by my blogs...or better yet, give the books themselves a read!

Norma, thank you, for joining me today!

Be sure to visit Norma's blogs (see below) and read Norma's books!

Terrific interview, both of you. And really great advice, Norma.

So many of us seem to think that creative writing classes for example, are the way to go, but like you say, it's reading the type of books we write, promoting ourselves, and learning from other authors that's so essential for us as writers.

Hi, William, and thanks! Norma has provided some great info that all of us can find useful! A big thanks to her for sharing:).

This was good to read, thanks for conducting the interview and thanks Norma for being interviewed! Seems that self-publishing is an ever growing option these days. Her insight at self-promotion was very valuable.

Seems like lots of authors are discovered through self publishing!

I loved what you said about there being a part of you in each book, whether it's that you've put a bit of yourself into the heroine or given them the same kind of background you had, and of course, the hero has to be someone that YOU would love. I've done the same thing with all 4 of my books. There are experiences in all of them that are part of me.
I've told you before that you've sold me on self-publishing. And, I've also told you I can't wait to get mine out there. Thanks for your inspiration.

What a great interview!

Hi Maria, thanks for bringing us this great interview.

Thanks for the great tips and advice.

I'm so happy to have found you - I came over via a lovely recommendation from PK Hrezo. Thank you for hosting this inspiring and informative interview. I also pop little aspects of myself into characters. I also collect snippets of converstions (passing people on the stairs in car parks can offer up some wonders!)and have a constant notebook. Thank you, Maria and thank you Norma.

It seems to me that Charlotte's Web has influence with a lot of children who end up becoming writers. It's been years since I read it, since I was a kid.

I'm assuming that like so much of the best children's lit, adults coming back to it to read see much more then they did when they were kids?

Thanks for a fun and insightful interview!! I love how Ms Beisher stuck to her guns when she switched genres! Yay for her!!!! Take care
x

This is a fabulous interview you guys!!!

Great interview ladies
I bet your writing group would be tons of fun with William in it.

Joanna--you have no idea! Everyone in the group loves him!

And stay tuned here...Maria has promised she'll interview William and I together on our joint venture.

@Beth: Thanks for stopping by! Norma has inspired me, too!

@Margo: Hi, Margo! Thanks for the follow:). So nice that you found me by way of the wonderful PK! Glad you enjoyed the interview!

@William: I hated to read as a kid! But Charlotte's Web was the first "real book" I read(I was 9), and I loved it!

@The Desert Rocks: Thanks for visiting! Glad you had a chance to learn more about Norma!

@@Joanna: Wouldn't you love to be a fly on the wall during one of their meetings:)!

@Norma: I can't wait to interview both of you, that'll be fun!

I found this article most interesting. Unorthodox is a word I might use to describe Ms. Beishir -in a good way, of course. As I'm learning, promoting oneself is key for a writer. Definitely agree that writing courses/conferences-while they have their place and value-are not for everyone. Thanks to both of you!

@J.L.: Thanks for your comment! Yes, nowadays self promotion is key!

Reading this all the way from Nigeria kind of makes me feel there's hope for every author, especially for the ones who seek getting out there tho' self-publishing.
Thanks, Maria.

Hi, Eneh! Thanks for stopping by:). I'm glad Norma has inspired you!