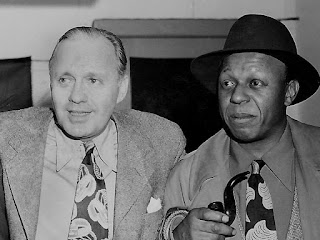 Do you remember Jack Benny? Thanks for visiting and have a great week!
Posted by Maria McKenzie at 5:31 AM

A story that I wasn't familiar with.

I listen to them sometimes on a radio station that plays the old radio shows every Saturday night!

I'd love to do that too! Those old radio shows are great:).