The Best of Mae West 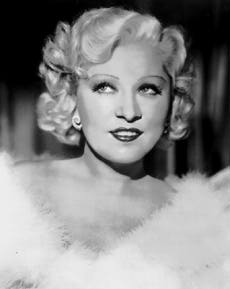 August is certainly a popular month for birthdays! My husband and I share August birthdays, and the special thing about August birthdays is that nothing happens during that month them.
January has New Year's, February has Valentine's, March has St. Patrick's Day and/or Easter, April has April Fool's Day and/or Easter, May has Mother's Day and Memorial Day, June has Father's Day, July has the 4th, September has Labor Day, October has Halloween, November has Thanksgiving, and December has Christmas. August has nothing but birthdays to celebrate!
Speaking of which, I'm sure actress Mae West celebrated each of her August birthday's in style. She was quite a character, and today I'm sharing some of her funniest lines!
In case you've never heard of Mae West, Wikipedia says:
Mary Jane "Mae" West (August 17, 1893 – November 22, 1980) was an American actress, singer, playwright, screenwriter, comedian and sex symbol whose entertainment career spanned seven decades.
Known for her lighthearted bawdy double entendres, and breezy sexual independence, West made a name for herself in vaudeville and on the stage in New York City before moving to Hollywood to become a comedian, actress, and writer in the motion picture industry, as well as on radio and television. For her contributions to American cinema, thevAmerican Film Institute named West 15th among the greatest female stars of classic American cinema.
One of the more controversial movie stars of her day, West encountered many problems, especially censorship. She bucked the system, making comedy out of prudish conventional mores, and the Depression Era audience admired her for it.

When her cinematic career ended, she wrote books, plays, and continued to perform in Las Vegas, in the United Kingdom, and on radio and television, and to record rock and roll albums. Asked about the various efforts to impede her career, West replied: "I believe in censorship. I made a fortune out of it." 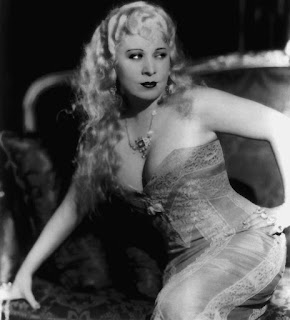 Most of Mae's quotes are rather provocative, but quite funny, nonetheless. For a more complete list, check out Quotilicious. Now, time for a good laugh!

"Between two evils, I always pick the one I never tried before."
"Anything worth doing is worth doing slowly."
"He’s the kind of man a woman would have to marry to get rid of."
"I believe that it’s better to be looked over than it is to be overlooked."
"One and one is two, and two and two is four, and five will get you ten if you know how to work it."
"Don’t keep a man guessing too long – he’s sure to find the answer somewhere else."
"Opportunity knocks for every man, but you have to give a woman a ring." 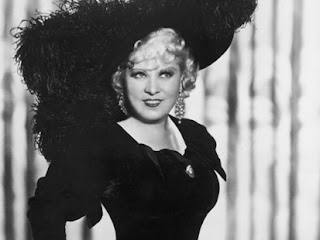 "A dame that knows the ropes isn’t likely to get tied up."
"Give a man a free hand and he’ll run it all over you."
"A woman in love can’t be reasonable – or she probably wouldn’t be in love."
"A man has one hundred dollars and you leave him with two dollars, that’s subtraction."
"When women go wrong, men go right after them."

Do you have a favorite Mae West quote that I didn't include? Thanks for visiting and have a great week!

Posted by Maria McKenzie at 4:35 PM

Glad you enjoyed them!