Monday's Writing Tip: Sometimes It's Okay to Tell and Not Show 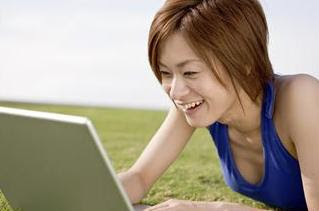 Utilize the power of description about surroundings, what's going on inside a character's head, or in the world of your story itself. Masello points out the opening of Dickens A Tale of Two Cities, "It was the best of times, it was the worst of times."  So if Dickens can do it...

Anything in your current WIP that can be told and not shown? Happy writing, and thanks for visiting with me today!
Posted by Maria McKenzie at 10:36 AM

Thanks for this reminder! Sometimes I get bogged down in the myriad detail of logistics - how did the character get from A to B, or what kind of latte did they decide to order when they stopped at Starbucks... sometimes we as readers just don't need to know ;-)

Happy writing to you too!

As I am (or was until last week!!) in full editing mode - I am having to slash and burn swathes of writing that I love but know just kills the action dead. Painful thing to do but necessary!! Thanks for the reminder! Take care
x

And speaking of WIP, I'd better get back to mine!

Aren't the kids so smart when they "Show and Tell"?

Great point! Especially about only telling what is necessary...everything should move the plot along somehow.

I agree with you! Sometimes people get obsessed with the showing not telling thing... and their story suffers for it.

I do a bit of telling when it comes to time jumps and the uneccesary bits that don't matter to the story but should be mentioned in passing.

This is a great post. I think it is impossible to write only showing what is happening - sometimes the reader needs a little clarity ;)

Wonderful post with sound advice. I always loved show and tell :)
Jules @ Trying To Get Over The Rainbow

SO true!! It gets to be this obsession where "show don't tell!" bounces around in your head, but that makes the art of telling even harder to accomplish when it's necessary!

What a good thing to remember. Sometimes it helps the story better if you just say that a character gets from point A to point B, rather than showing all the mundane details of it.

Great advice! I usually do a bit of both, but I'm currently in the middle of edits, and I'm trying to hold back on the telling, and do more showing :)

Very true, you just have to know when to use one or the other. I use Tell to narrate backstories most times.

At the moment, I'm finding a balance between showing riots and unrest on the one hand, and indirectly referencing them by telling.