One of my favorite movies is the 1939 film version of Wuthering Heights, starring the extraordinarily beautiful Merle Oberon, a talented actress during the 1930s and '40s. 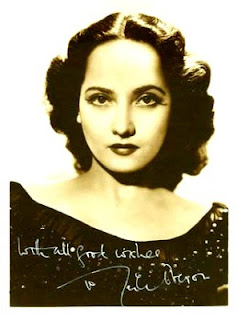 May 12, Mother's Day, is quickly approaching and I'm looking forward to spending time with my wonderful mother, as I'm sure most of us are, who are still fortunate to have our moms with us. That said, I find it sad the way Miss Oberon treated her own mother--her dark skinned mother--by passing her off as a servant. Throughout her lifetime, Merle Oberon kept her ethnic origin a secret. 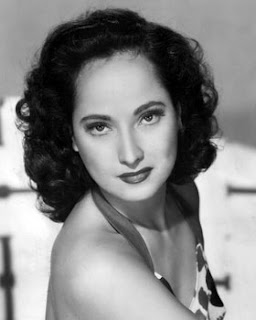 About.com says "Merle Oberon earned an Oscar nod for her acting in 1935’s “The Dark Angel” and more recognition for playing Cathy in 1939’s Wuthering Heights. But off screen, Oberon feared that her secrets would be exposed. She wasn’t solely white nor was she born in Tasmania like actor Errol Flynn, as she told people. Actually, she was born in India to an Indian mother and an Anglo father. Rather than disown her mother, though, Oberon passed her off as a servant. When the actress visited Tasmania later in life, the press hounded her for details about her upbringing, forcing her to admit that she wasn't born there. Still, Oberon did not confess to being Indian." 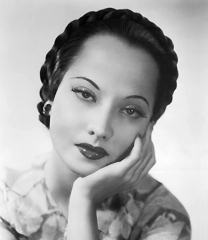 For a more in depth look into Merle Oberon's life and deceit regarding her origins, check out this article about the 2002 documentary "The Trouble with Merle".

Have you seen any of Merle Oberon's movies?

I have seen some of her work.

I think I've only seen Wuthering Heights. She was a good actress and very beautiful.