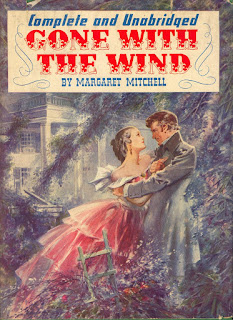 Gone With the Wind is  a movie that's just as phenomenal as the book it's  based on. But have you noticed that's not always the case when  a novel  is made into a motion picture?
When I first posted this article back in August of 2018, I had just started adapting one of my novels into a screenplay. That task is complete, and it was quite a learning experience! Now I understand why some movies fall flat when compared to the novels they're based on. 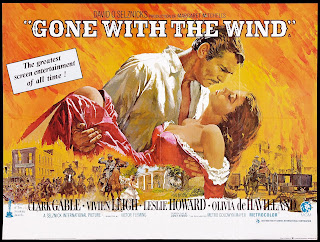 Be aware that you will probably have to cut many supporting characters, subplots that don’t connect to your main storyline, and almost all of the description. Instead of two pages of character description, you only get two lines. Often, two or three different characters in a novel will be combined into ONE character in a screenplay. And what happens on the first page of the book may not be how you need to open the film. Try to nail the same tone that the original material had—as that is part of what built its fan base and that tone needs to translate on film. But the real key to adapting a book to film or adapting someone’s true story—is FOCUS and knowing how and when to take poetic license.
If you are adapting a true story, it becomes even trickier, but you need to know that changing the timeline of the original story is OK. Your primary job isn’t to be loyal to a book or to another writer or even to the main character—it’s to be loyal to the core story and yourself. You can’t show a whole lifetime on screen (except maybe in Benjamin Button), so you need to choose the most important, interesting, conflict-filled, character-building part of the book or the person’s life—and focus on that to create a tight story.
Or alternatively, if you’re adapting a small personal story, you may need to expand it to fill the screen. All those Nicholas Sparks novels are incredibly small and usually depressing, but the screenplays introduce more conflict and raise the stakes. Though not based on a book, let’s examine Academy Award nominated The Fighter, which was based on a true story. The screenwriters looked at all the material they had—all the characters, all the true things that happened, the time range of the real story—and then wrote what worked. The Amy Adams character wasn’t even in Mickey’s life at the time he won those fights. Many characters were combined and the time period was totally fudged so that the story became more cinematic and engaging but it kept the essence of the characters involved, the story and the emotion of it all.
That’s exactly what your job is when adapting a book or person’s true life story. Much like in life, learning to adapt is often a difficult process but can be one of the keys to success. Keep writing!
For the complete article, click here.

Have you ever written a screenplay or considered writing one? Thanks for visiting and have a great week!

Posted by Maria McKenzie at 2:39 PM

And the more complicated a novel, the more will get cut.