What's the Best Writing Advice You Ever Received? 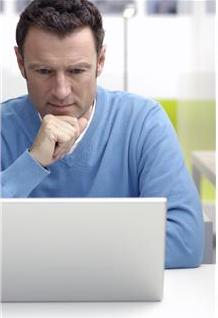 "Read, read, read. Read everything--trash, classics, good and bad,and see how they do it. Just like a carpenter who works as as an apprentice and studies the master.  Read! You' ll absorb it. Then write.  If it is good, you'll find out.  If it's not, throw it out the window."  William Faulkner

I'm very thankful for all the great writing advice I've gotten over the years from writing friends, my writers group, books and workshops. Since it's Thanksgiving week, I thought this would be good time for all of us to share the best advice we've ever received.  Here are a few of my favorite tips:


Keep Moving Forward - Revise, research, rewrite later. If a fact stumps you, look it up later. If a sentence or a whole paragraph, page or chapter sounds crappy, revise and rewrite later. Don't let a stumbling block stop you-- keep going!

Utilize Another Set of Eyes to Read Your Work - Not your mother or non-writer friends. It's okay to let them read it, just don't expect any constructive criticism. It's important for another writer to read your work to help you improve it. So join a critique/writers group.

Brevity is Best - Do your best to avoid wordiness and keep your prose simple. Avoid long windedness: At the store she picked up lots of gag gifts that were insanely crazy and really wacky. Keep it short: She bought lots of crazy gag gifts.

Scrap Those Fancy Words - "Do not be tempted by a twenty dollar word when there is a ten center handy, ready and available." From Strunk and White's The Elements of Style. So in other words (again), keep it simple! Avoid this: Upon looking at her, he became discombobulated. And try this instead: Seeing her confused him.

That's enough from me. Now, it's your turn!  Leave a comment sharing the best piece of writing advice you've ever received!

Tweet me @maria_mckenzie. Thanks for stopping by!
Posted by Maria McKenzie at 11:33 AM

The best piece of Writing advice I ever received was from R.A. Salvatore. He gives this advice to all aspiring authors. "If you can quit, quit, if you can't quit, your a writer" I take my writing literally and I am serious about it, I treat it as if it was my job, I know that one mistake, one ounce of laziness will destroy my career.

Read a lot, and write a lot, as Stephen King would put it. I've always found it a good launching pad.

I had the privilege of mentoring under Rod Serling for a time before he died. His advise was to get the reader engaged early (we now call it the hook), make them care about the main character(s), and don't give them the ending they expect. (He would probably tell you not to let your character's smoke unless you want to kill them off before the end of the story.)

The person I am most thankful for is Tim. Having a writer husband as a best friend, for me, is amazing. I'm thankful to have him.

The best overall advice is the Read, read, read one.

And the best ongoing advice (for me) is: Don't use two words when one will do.

Write under a self-imposed time constraint (even if only for 5 minutes).

Very nice summary! I especially stick to "Keep it Moving Forward." If I can't think of the right word in my rough draft, I highlight it in red or write a couple of choices down, like thick/heavy. I can always fine-tune later (usually the next day or writing session, when I read over the section prior to get me in the mood of the scene).

@Weary Writer: Thanks for visiting! Your advice is so true:). If you're passionate about writing, you can't quit!

@William: William, what an honor! Thank you for naming me as Versatile Blogger:)!! And love that advice: read a lot, write a lot.

@Oldguey: You mentored under THE (Twilight Zone) Rod Serling?! How envious I am!! Have you ever blogged about that? Thanks for sharing his great advice!

@Happy Whisk: How wonderful to be married to a writer! You're lucky:).

@Jennifer: Thanks for sharing all of those excellent tips!

@Joanna: I love knowing it's okay to break the rules!

I'm with the reading lots! And attending writing courses - well they work for me anyway!

Ooh, thanks for the shout out on my contest!
I love Strunk and White. In fact, it's sitting next to me right now. And I agree with you on the style tips!

@Lydia: You're welcome! There's a new book I learned about today on Carol Riggs blog called Spunk and Bite: A Writer's Guide to Bold, Contemporary Style (love that title). She highly recommends:).

I've had a couple of writers say in blogs or tell me personally to just write. Write and go through and revise/correct later.

I really need this as the more advice and "how to" stuff I read the more frozen I've become. All I hear in my head when I sit down to write is: "Are your plot points all in order?" "Do you have enough conflict?" "Are your characters flawed enough?" "Do you have everything all thoroughly planned out or are you being an evil 'pantser'?" Blah, blah, blah. Then I can't write. I've had several stories lately wither on the vine because of all the mental nagging.

So, yes, know the craft but when it comes down to it find the way of getting the words down that suits you and then clean up later as needed.

Now, if I can just get it to work. So far, I've not silenced the nagging very well.

Hi, Sandra! Thanks for visiting:). You've got the right idea--revise later! A good book you might want to invest in is Todd Stone's Novelist's Boot Camp. He's great at helping you make sure you have your plot points, conflict, atmosphere, etc., just right. I took his workshop and it was great! I bought the book from Amazon for a good price:).

Finish the first draft before attempting ANY changes of any kind. Otherwise the manuscript will never get finished. I'd often give my agent or editor a first draft with the following note: "Just tell me what's wrong with it."

Great advice! If we spend a bunch of time revising and not moving on, we become stuck in the mud with no hope of ever getting out!

I agree w/ all you've listed in your blog & you can't ever go wrong w/ Strunk & White's The Elements of Style.

I've been told the only way to write is to keep writing no matter what. & it seems to work!

One of the first writing conferences I attended suggested that writers need to set aside a minimum of 2-hour windows each time they write.

That sounded great and everything, but it just didn't work for me. So I found myself not writing at all. Then I had a published author tell me to try 30-minute windows instead. And believe it or not I finished the first draft of my entire novel that way! :o)